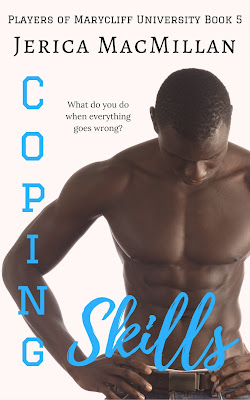 Back at Marycliff University for her senior year, Elena Martinez is still reeling from her father’s devastating car accident over the summer.  Awash in anger and guilt and shouldering ongoing family responsibilities, she tries to pretend that everything's fine, even though it’s anything but.

Daniel Carter has been looking forward to seeing Elena again all summer.  Sexy and energetic, she’d captured his attention on the surf trip they’d both gone on in early June, and he’s eager continue what they started on the beach.  But when he runs into her the week before classes start, she’s subdued and carrying the obvious weight of emotional pain.  Determined to help her, he becomes her refuge from the stress and grief pulling her under.

Will Daniel’s persistence be enough to break through Elena’s emotional barriers?  Or will her fears and hangups be the end of their relationship before it can really even start?

Gripping and emotional, Coping Skills will hook you in and not let go until the very end.  If you love strong and stubborn heroines, dominant and caring alphas, and stories that hit you in all the feels, one-click this book now!

Soon, they were both involved in the game, throwing their whole bodies into turns, elbowing each other on accident, then on purpose, laughing and dueling for position.  Since he was bigger and heavier, he won more often than not, but Elena knew how to use her sharp little elbows to her advantage, probably the result of growing up with a younger brother.  He didn’t have a sister, but he had friends who did, and some of their older sisters were just as rough as he was on his little brother.  Clearly, Elena fell into that category of older sister.

After one elbow contest where Elena was losing, both with her elbow, and her narrow lead on screen, she hopped up and sat down on his lap, knocking the controller out of his hands, making his character veer off course and crash.  She braced her feet on the coffee table, pushing back to smash him as far into the couch as she could, pushing the coffee table away as she did so.

Wrapping his arms around her, he caught her before she could fall off his lap, trapping her against his chest, pulling her back, and rolling sideways so he pinned her on the couch.  She laughed, squirming under him, and tossed aside the controller, blowing out a breath to try to dislodge the ends of her ponytail caught in her mouth.

She slapped his tricep lightly.  “Move your arm!  I can’t believe you made me crash!”

He laughed, moving his arm, but brushing the hair off her face before she could.  Her laughter died, and she stilled under him, as though she suddenly realized how she was laying, pinned under him.

His breath caught at the look on her face, equal parts memory and desire as her eyes flitted over his features and settled on his lips.  “You made me crash first.”

Her eyes went back to his, and her smile was dazzling, finally reaching her eyes and driving out the perpetual sadness.  “I was just trying to win.”

Now his gaze settled on her lips, lush and red, still smiling, though less widely now.  He remembered the taste of those lips.  Had been wanting to taste them again ever since.

Slowly, he lowered his head to hers, giving her plenty of time to turn away if she wanted.  But she didn’t.  Instead, she closed the distance, fastening her mouth to his, her tongue plunging into his mouth. 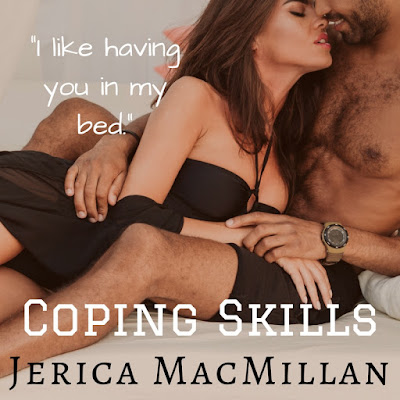 Other Books in this Series

Sleeping with your roommate is a bad idea, right?

Megan Davidson is scrambling to find a new place after Abby, her roommate and best friend, decides to move in with her boyfriend Lance.  With just a week until classes start, the open spot left in Lance’s old house looks like her best option.  She moves in with Matt and Chris, hot football players who are shameless flirts and notorious players.

Chris Watkins is playing his final season of college football before life as he knows it is over.  He’d dreamed of going pro, but the NFL never scouted him and now he’s in self-destruct mode—not bothering to go to classes or even try to graduate.  With everything falling apart, he can’t even lose himself in the jersey chasers that are always hanging around.  Megan caught his attention over the summer, and with her constantly under his nose, he can’t get her out of his head.

Sparks fly when these two finally give in to their attraction.  Will these roommates turned lovers manage to keep things light and easy like they planned?  Or will their flame burn hotter than anyone is ready for?

If you love steamy college romance full of hot athletes, fiery heroines, and chemistry that melts the pages, get Convenient Fall now!


Do you choose your dream job—or the guy you’ve always wanted?

Three years ago Hannah met a sexy surfer while on vacation in Westport, WA.  After a whirlwind summer romance, he ghosts.  She’s tried to move on, but no other guy has ever measured up.  And now she comes face to face with him on the first day of her new internship.  To make matters worse, he’s one of her managers, and he has no idea who she is.

Matt graduated in December after his final football season, and is now working a desk job.  Having spent his whole life as an athlete, the day to day grind chafes at him.  All his friends are moving on with relationships and pursuing their goals while he’s left as the third wheel.  And despite his reputation as a player, he’s the only one who ever wanted a girlfriend.

And then Hannah Glover shows back up in his life—the girl who simultaneously made him want a relationship and ruined him for anyone else without him even realizing it.  He wants her now more than ever, but she doesn’t trust him after the way he ended things before.  Which should be fine since he’s her manager at his first job out of college, and their company has a strict no fraternization policy.  But Matt just can’t seem to help himself where she’s concerned.  And she won’t be an intern forever, right?

Will he be able to convince Hannah to give them another shot?  Or will their past and their present conspire to keep them apart?

If you love steamy new adult romance featuring hot college athletes with a hidden dominant side, heroines who stand up for themselves, and a hard-won happily ever after, check out the third installment in the Players of Marycliff University series now! 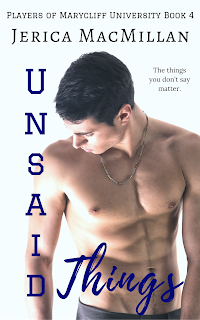 After a romantic six months, Lance and Abby's relationship feels solid, and he's excited to have her spend Christmas with his family in Texas. She doesn't know he has a diamond ring stashed in his suitcase, along with a plan to propose to her on Christmas morning.

He's forced to scrap the proposal, however, when Abby’s dead-beat brother shows up at her mom's house two days before Christmas. Abby, worried about her brother's sudden reappearance after more than a year of silence, insists on going home.

Just when Lance thought he'd broken through Abby's defenses, she puts up another one in his path. Pushing him away, she insists on dealing with her family herself, a bad idea in his mind. Will proposing reassure her that he’s in it for the long haul? Or just make everything exponentially worse?

The fourth installment in the Players of Marycliff University series follows the developing relationship of Lance and Abby from Summer Fling.  It’s a story about family, trust, and where you should turn when life gets messy. If you’re looking for a hero you can swoon over and make your next book boyfriend, one-click Unsaid Things now!