Stella lost everyone and everything important to her. After all the lies and hiding, she's ready for a fresh start somewhere where her brother’s enemies won’t find her. One last night out turned into her worse nightmare. The morning she should be moving away from all the painful memories, she finds herself a captive by exactly who she was running from.

Atlas is determined to finish what they started. Stella is unknowingly the key to solving the unanswered questions her brother left behind. Taking advantage of their sexual chemistry at the club, he forced her to his lake house. He promised her protection but Stella made a promise of her own: Trust no one, especially the man responsible for ruining her life.

What happens when Stella’s life depends on trusting Atlas? What happens when keeping Stella is risking everything he worked for? What if neither one is willing to let go?
Facebook Release Party: https://www.facebook.com/events/1515430962116761/

Amazon I iBooks I B&N I Kobo I Smashwords

"Stella," I heard Atlas growl from the end of the hall. Only a few dozen feet of expensive hardwood floor separated us. The sound of his deep and commanding voice pushed one more burst of will through me. I could hear my own cries as I punched the rest of the shards away. The glass digging into my skin didn't register in my mind as I tried to push my body through the thin opening. I was able to fit the upper half of my body through before I felt a hand grab my leg. "You fucking bitch." One of the goons had my leg and yanked me roughly back. "Let go!" I cried and kicked. My bare foot connected with a hard body and I was released. Hearing my name called once more, I used every ounce of strength to pull myself the rest of the way. Glass and wood scraped at my skin, but I didn't stop. I could feel the cool night air on my skin. I could smell the rain that had recently fallen and saw the moon hidden in the clouds in the sky. I was outside! The night was so dark I couldn't see a more than few feet in front of me. I actually couldn't see any light in the distance at all. My heartbeat thumped and my breath came in hard pants as I ran away from the house. I could hear the shouts for me, and Atlas barking commands, but I couldn't look back. It didn't matter that I had no idea where I was going. My bare feet hit the gravel and my body cut through the night air as I sprinted up the gravel drive. I had to keep going. I had to lose him and find help. I just had to keep running. "Stella! Stop!" My heart stopped when I heard Atlas's voice behind me. In a panic, I turned off to the right into the tall grass. I could hear him cursing as he entered the thick brush behind me. The grass and branches slapped my bare skin, stinging me. This would be my only hope to lose him and get away. I kept running, ignoring the pain and shortness of breath until I couldn't hear him any longer. Bent over with my hands on my knees, I struggled to breathe. Every gasp of air burned and my entire body ached. I couldn't see in the darkness, and all I could hear was my own heartbeat pounding. Even the moon had been swallowed by the clouds. Goosebumps trailed over my sweaty skin as I noticed how very lost and screwed I really was. "There's nowhere to go, Stella," his voice surrounded me. "You won't get away." Fuck! Just when I thought I was alone, he had found me. A cry escaped my lips and I tried to run, only to be pulled back. My back hit a hard body behind me at the same time a hand clamped over my mouth. My cries and screams were muffled under the pressure of his hand. Another arm snaked around my chest and fingers wrapped around my throat. "Shh," Atlas whispered in my ear. "That was fucking stupid. So stupid. You're hurt now." I lashed out against him but it was pointless. The hand around my throat tightened in warning. His hold was strong and held me immobile in his arms. I slumped against him in defeat and despair. All the strength and determination leaked out of my body. He found me. I ran and he caught me. I was warned how foolish it would be to run and now I would have to face the consequences. Tears streamed down my face and over his hand as the adrenaline wore off and reality sank in. Everything hurt and it was only Atlas holding me up on my feet. His lips brushed my ear, sending a shiver down my spine. "Don't you dare fucking scream, understand?" I nodded once and his fingers slowly lifted from my mouth and wrapped around my waist. I pulled in a deep breath, feeling the pain in my ribs with the inhale. Atlas tilted my head back while still keeping his grip on my throat. Even though I couldn't see his face, I felt his hard stare on me. Anger was rolling off his body in hot waves, and every muscle pressed to me was rock hard.

Alyne lives in Ohio with her husband, two dogs and cat. Working full time in an office all day, she spends her nights reading, writing or watching an entire TV series in a night. She refuses to grow up and loves Disney movies and anything with owls. She couldn't live without her coffee or her furry "children". Alyne wrote her first novel titled "Light to the Darkness" in 2014, followed by the Conflicted Encounters Series. To stay up to date on what Alyne is working on, teasers and more: Sign up for the newsletter.

Poised to become Mayfair’s most expensive and exclusive courtesan, Miss Miranda Jones finds her rise inexplicably blocked by a socially powerful nobleman. Scorned by her ducal father and determined to attain everything that life has denied her due to an accident of birth, she’s not about to let this arrogant earl stop her.

Adrian Sutherland, the Earl of Danvers, saw his father destroyed by a heartless, predatory courtesan. He has no time or patience for such exotic, expensive ladybirds. He’s far too busy restoring his family’s wealth and reputation whilst doing what he can to protect his friends from the clutches of all the scheming courtesans of London.

Then a moment of compassion turns intense dislike to breathless passion, and these two strong-willed, fiercely proud people are compelled to indulge in a brief affair. Each is convinced that they can satisfy their craving for the other without emotional risk.

But neither realizes that a little dalliance can be a dangerous thing.

** AVAILABLE ON KINDLE UNLIMITED **
Amazon US I Amazon UK


Natasha holds a B.A. in History, loves reading, cats and music. Readers are welcomed to Friend her on Facebook where she is most socially active online. 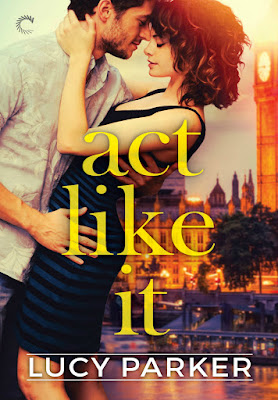 This just in: romance takes center stage as West End theatre's Richard Troy steps out with none other than castmate Elaine Graham

Richard Troy used to be the hottest actor in London, but the only thing firing up lately is his temper. We all love to love a bad boy, but Richard's antics have made him Enemy Number One, breaking the hearts of fans across the city.

Have the tides turned? Has English rose Lainie Graham made him into a new man?

Sources say the mismatched pair has been spotted at multiple events, arm in arm and hip to hip. From fits of jealousy to longing looks and heated whispers, onlookers are stunned by this blooming romance.

Could the rumors be right? Could this unlikely romance be the real thing? Or are these gifted stage actors playing us all?

Richard was poking at a chipped teapot on the table for the white elephant stall. “This is junk,” he said, without even bothering to lower his voice.
“It’s a white elephant stall. That’s kind of the point. And who are you, the Antiques Roadshow?” Lainie cast a quick, embarrassed look around. She would estimate the ratio of people staring at Richard to be about ninety percent. It was too much to hope they were all hard of hearing. “If you could develop some sort of filter and a volume button in the next thirty seconds, it would really help me out.”
“Exactly how long do we have to stay?” Richard stared in disbelief as a pig walked past with a blue prize ribbon around its neck.
“Until the last cup of tea is drunk and we’ve helped with the cleanup.” Lainie was rapidly losing her sense of humour about the situation. “These people are kindly giving up their time, money and goodwill to help out a charity that means a lot to me. And sulking at a fund-raiser for children with cancer is a total dick move. FYI.”
Once again, Richard reddened slightly. A week ago, she wouldn’t have thought him capable of changing colour without the aid of cosmetics. He thrust a hand through his tumbled black curls and looked away from her. All broody in an open-necked white shirt, and set against a pastoral background, he looked like a still from Wuthering Heights. She refused to be softened by the image. He could look as handsome as he wanted; it didn’t make his behaviour any more attractive.
And he needed a shave. There was a fine line between designer stubble and scruffiness.
“Of course I’ll support the cause,” he muttered, and then added impatiently, “but I don’t see why we can’t just write a cheque.” He repeated his derisive survey of the merrymaking. “You’ll be lucky to break a thousand quid with this lot.”
Lainie wasn’t sure whether “this lot” referred to the fairground goods for sale or the villagers themselves. It was offensive either way.
“Because there are dozens of people here who care enough to want to contribute—” and a good hundred more who’ve come along for the sole purpose of seeing your sour face, thanks to the social media grapevine “—and they can’t all afford to just ‘write a cheque.’” She had the satisfaction of seeing his flush deepen. “And all of these events help raise the profile of the charity. We’re trying to turn a spotlight on Shining Light. Not on the fact that Richard Troy has opened his fat wallet for something more philanthropic than a new sports car.”
His face was unreadable. “You’ve made your point.”
Not quite. “For the record, you’re behaving exactly the way Will would.”
Not that she would have got Will down here in a million years, PR stunt or no.
A nerve twitched above Richard’s right eyebrow. “Is that blatant insult supposed to make me re-evaluate my life choices?”
She shrugged. “It would make me think twice.” 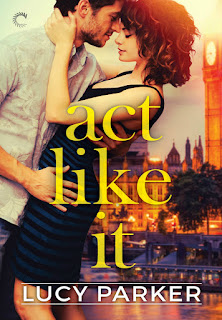 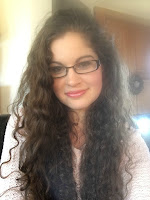 Lucy Parker lives in the gorgeous Central Otago region of New Zealand, where she feels lucky every day to look out at mountains, lakes, and vineyards. She has a degree in Art History, loves museums and art galleries, and doodles unrecognizable flowers when she has writer’s block.

When she’s not writing, working or sleeping, she happily tackles the towering pile of to-be-read books that never gets any smaller. Thankfully, there’s always another story waiting.

Her interest in romantic fiction began with a pre-teen viewing of Jane Austen’s Pride and Prejudice (Firth-style), which prompted her to read the book as well. A family friend introduced her to Georgette Heyer, and the rest was history.