RELEASE TOUR for ALWAYS A WANDERER by DANICA WINTERS 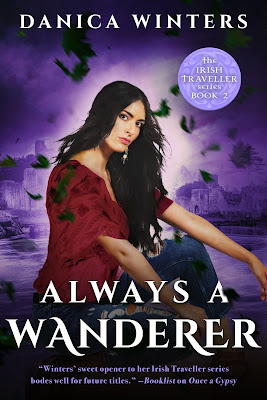 Helena O’Driscoll and Graham Kelly’s first few months together haven’t been easy. Helena, missing the traditional Traveller lifestyle she gave up for Graham, can’t help but feel that their cultural differences have doomed their relationship. And with preparations for their brand-new hospital for Supernaturals filling their days, they feel out of sync, and maybe even out of love.

When a man is murdered, Helena begins having visions of the future darker and more dangerous than ever before. With a killer in their midst, everyone at Adare Manor is at risk, and Helena and Graham must work together to catch the culprit even as their relationship unravels. And when the murderer claims another victim, the question becomes not whether their love will survive, but whether they will.

Join Danica and her special guests on Thursday, June 29 for a
Facebook Release Party! 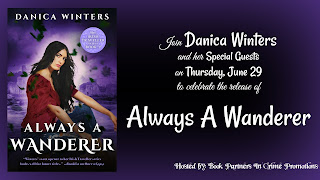 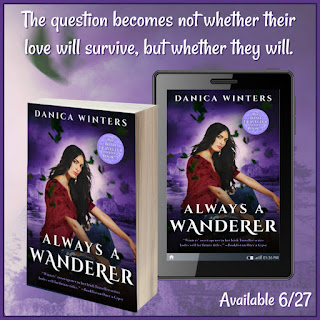 Even for a clairvoyant, the future is never a sure thing.

Helena has always struggled to fit in with her Irish Traveller family. It’s not just her opposition to getting married or her determination to attend university; Helena also has one talent that sets her apart from the rest of her clan―the gift of the Forshaw, the ability to see the future.

Graham is the groundskeeper at a manor in Adare, Ireland. Though the estate appears idyllic, it holds dark secrets, and despite his own supernatural gifts, Graham can’t solve Adare Manor’s problems by himself. Desperate for help, Graham seeks out a last resort: Helena, whose skills are far greater than even she knows.

When he promises to teach her to control her powers, Helena resists, afraid both of the damage her abilities might do and her increasing attraction to the handsome groundskeeper. Her entire way of life is at risk: Any involvement, especially romantic, with non-Travellers like Graham is forbidden. But Helena’s future is anything but certain, and fate has other plans for her family, her powers, and her relationship with Graham.