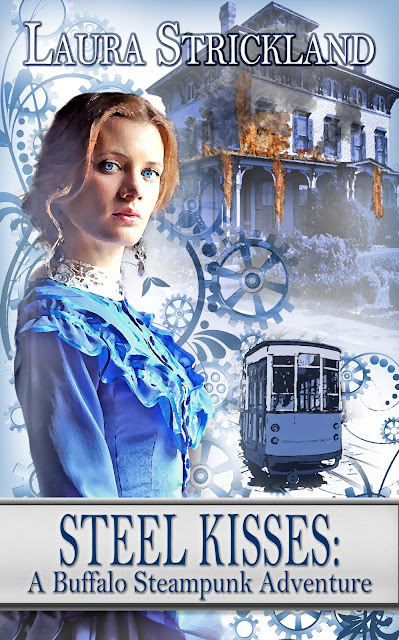 Reynold Michaels might not be the smartest man in the city, but he knows a beautiful woman when he sees one. The lovely creature he watches disembark from the steam tram every morning simply cannot be a prostitute…or an automaton. Yet at the high-priced bordello where she works he discovers she’s not only a hybrid mechanical, she’s funny, vulnerable, and quite possibly the missing piece of his heart.

Lily Landry understands that as an automaton she isn’t entitled to make her own choices. She must do as instructed or face the ultimate horror of being shut down. But when she forms a bond with Reynold, she quickly learns what it means to desire a life of her own.

In a city conflicted over automaton rights, can they hope for a future together?

She smiled at him. “How would you like to begin?”

She reached for the buttons on the front of her dress, which had been sewn of pearl-colored silk. “Most my clients like to see what they have paid for. Would you like me to strip?”

He swallowed convulsively. A dull flush rose to his cheeks.

“Have you ever visited with one of Landry’s Ladies before?” Maybe he did not know what to expect, thought she would not look or feel like a human woman. Unless he touched her in certain places, he should not be able to tell the difference.

She wondered how to put him at ease. She abandoned the buttons and reached for her hairpins instead. “Would you like me to take my hair down?”

A scratch came at the door which opened to admit the little mechanical maid with a tray holding whiskey and one glass.

The client leaped away from it. As soon as the maid left, he filled the glass with whiskey and gulped half of it down.

She shook her head. Her loosened hair fell down around her shoulders in separate tendrils, and he took a step closer. 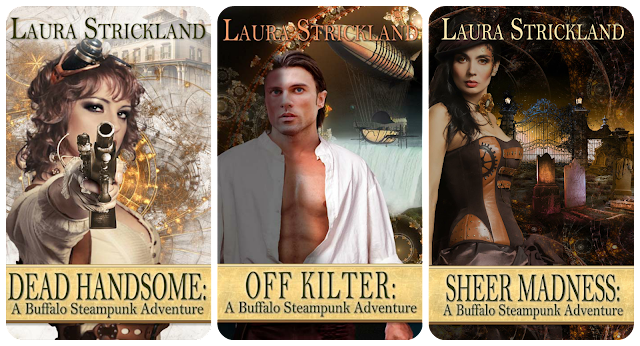 Born in Buffalo and raised on the Niagara Frontier, Laura Strickland has been an avid reader and writer since childhood. She believes the spunky, tenacious, undefeatable ethnic mix that is Buffalo spells the perfect setting for a little Steampunk, so she created her own Victorian world there. She knows the people of Buffalo are stronger, tougher and smarter than those who haven't survived the muggy summers and blizzard blasts found on the shores of the mighty Niagara. Tough enough to survive a squad of automatons? Well, just maybe. 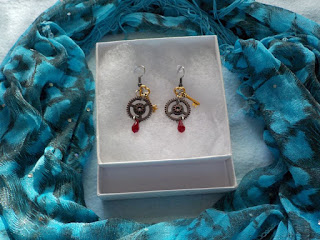