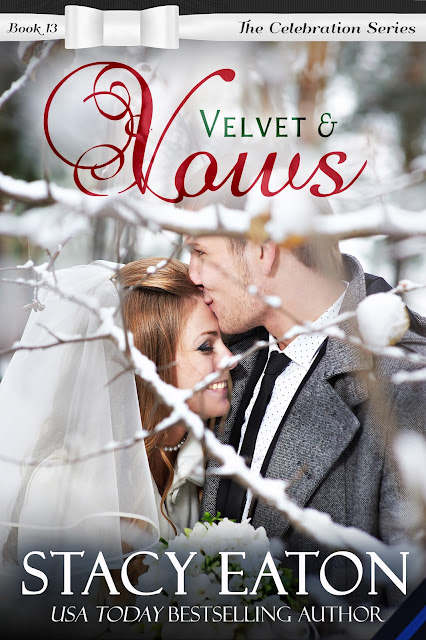 The epic finale of the Celebration Series is finally here. Celebrate Christmas once again with the couple that started it all: Casey Lowe and Thad Wagner.

Velvet & Vows starts out twenty days before the wedding and there is a lot to be done. With wedding showers, bachelor and bachelorette parties, the final dress fittings, holiday preparations and the last of the details for the ceremony and reception, Celebration is crackling with energy—but it’s not all good.

With a few misunderstandings, many secrets and a serial arsonist running rampant in the town, the days leading up to the wedding are far more stressful than Casey and Thad ever planned for it to be. It will take the entire town to tell this story as we pass from one leading character to another.

Prepare yourself for this one-of-a-kind novel that will bring insight into every character you’ve fallen in love with during the series, and even a few characters you’ve never heard from first hand.

The sound of Thad’s heartbeat thrummed steadily under my ear and begged me to stay in bed forever—or at least a few more hours—but we both had to get ready for work.

I sighed heavily, and he tightened his arm around my back. “Only a few more weeks and we will be away from here—just you and me—enjoying ten days of bliss on the beach.”

I tilted my head back and gazed into his handsome face. I couldn’t believe that Thad and I were getting married in three weeks. It had been basically a year since we’d met and he’d saved me from my psychotic ex. I had reflected back on that night many times over the last eleven months and was thankful that Thad was so perceptive and followed his gut on so many things.

“I can’t believe it’s almost here,” I replied and squeezed his torso. “Three more weeks and you will officially be mine—forever.”

“You’re not taking my name,” I teased.

He kissed the top of my head. “At home I will, but you know at work I have to stay Officer Wagner.”

“I thought it was going to be Sergeant Wagner soon.”

He smirked and tapped my nose. “You weren’t supposed to know about that.” He paused, “Let me guess: Missy told you?”

“No.” I shook my head and pushed off his chest to sit up. He grabbed my arm and pulled me back down.

“You aren’t getting away from me that easily.” He shifted and rolled me over to my back, laying his leg over mine so he could use his weight to hold me down. “Who told you? It had to be Missy.”

“No.” I grinned and then pushed my leg to the side so it slipped up the inside of his, my thigh coming in contact with his groin. He moaned as he clamped his eyes shut. “It wasn’t Missy,” I whispered seductively.

While he was a little distracted, I shifted and hustled out of the bed while he tried to drag me back. “No, get back here.”

I laughed. “I have to get to work, and so do you,” I told him when he managed to pull me back to the bed with his arms around my waist.

“I’ll let you go, but you have to tell me who told you. It was supposed to be a surprise.”

“It was a surprise.” I leaned forward and kissed him before I pushed on his shoulders to get away. “It would have been a better surprise if you had told me and not your sister.”

Thad’s hands dropped as he gave me an odd look. “Corrine? How the hell did she know?” 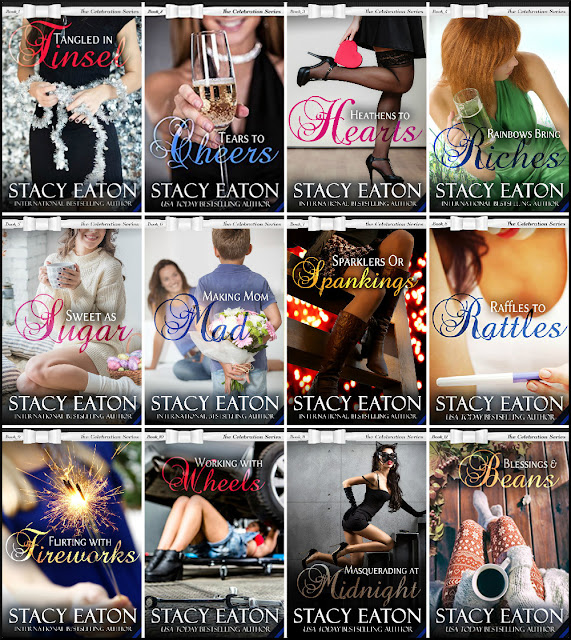 Be sure to visit her website for updates and more information on her books.

Sign up for all the latest information on Stacy’s Newsletter!