Promo Boost for The Blessing by Lizzie Lee

THE BLESSING
The Colorado Series Book 1
by Lizzie Lee 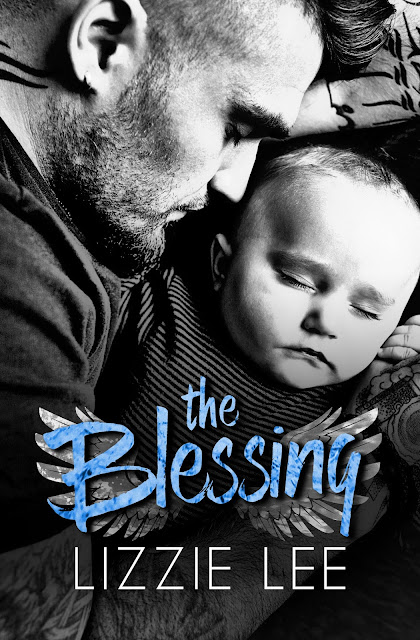 “You think Ronnie likes me, little guy?” I ask Grey as if he could give me a valid response.

He babbles something, cocks his head to the side, and begins to laugh. Fuck, even the kid doesn’t think Ronnie and I could ever work out. As I park outside our apartment building, I give myself a mental pep talk. You can do this, Trevor. She’s just a hot chick you’re interested in. She’s offered you her friendship so take what you can get.

I’ve considered talking to my dad about her, but I decided against it because I thought it’d be pretty awkward. What would I say? “Dad, I think I’ve met the right girl for me. She’s perfect, but I’ve only just met her, and I’ve talked to her a handful of times. What do you think I should do? How do you know if a girl’s right for you?” I cringe at the thought of a conversation like that. And what if it didn’t work out? How uncomfortable would that be? My dad would ask about her and I would have to tell him that she found a guy who’s accomplished and clean cut, the type of guy girls usually go for. Yeah, that’s a conversation with my dad that’s never going to happen.

I try to keep my head filled with positive thoughts as I slide out of my ride and pop open Grey’s door to get him out of his car seat. As I’m unbuckling him, I look through the cab window of my truck to find Ronnie standing by, what I assume is, her Jeep, chatting up some tall blonde guy. What the hell? I can’t help but feel somewhat… betrayed. Which is absolutely ridiculous considering she isn’t mine. I pull Grey from his seat and hold him close to my chest. The feel of his breath on my neck comforts my psyche. I step away from my truck to get a better look at Ronnie and the douchebag she’s talking to. I shouldn’t call him a douchebag. This guy could be her brother for all I know. However, with his blonde hair and tall build, as opposed to Ronnie’s wild brunette curls and petite frame, they couldn’t look less alike. She laughs at something he says, before their conversation comes to a close and they say their goodbyes. He bends down to give her a hug and I nearly lose it. Get your hands off of her, fucker! If I wasn’t holding my infant nephew, I would’ve marched right over there and broken the couple apart. Christ, I’m turning into a fucking Neanderthal over here.

The blonde jackass walks away and gets into his car, leaving Ronnie all alone by her Jeep. She turns in my direction and I jump behind my truck—ducking down like a coward. Play it cool, Trevor. She doesn’t even know you’re here. I didn’t see a hint of recognition on her face when I ducked, so her looking in my general direction must have been a coincidence. Just when I think I’m in the clear, Grey squeals so loudly I’m sure the entire complex could hear him. I cringe at the sound and wish I could just fucking vanish into thin air. She doesn’t need to know I was spying on her. Hell, if she wasn’t out here talking to some guy, I would’ve just gone about my business.

“Trev?” I hear her sweet voice question as she approaches my truck.

Not wanting to look like a complete jackass hiding behind his truck like a coward, I grab the pizza with my free hand, trying to look as if I were fishing for it in the backseat. When she’s in my line of sight, I take a step back from the truck, kick the door shut, and give her one of my best crooked grins, praying it doesn’t come across like an awkward grimace.

“How’s it going, Trev? I didn’t even see you over here.” She sounds casual and completely unaffected by what I could’ve possibly witnessed. Maybe that was her brother, after all. If it was a date, wouldn’t she feel uncomfortable right about now?
“It’s all good now that I’m off work.” I pause for a moment, shifting uncomfortably on my feet. “You want to come up to my place and have dinner with us? We were just going to veg out on the couch, watch some movies, and eat pizza.”
“That sounds good. I was just planning on ordering take-out and watching reality TV,” she says as she follows me toward the steps of our building. Grey is animated in my arms, babbling to her the entire way. As soon as we reach the steps, Ronnie stops and says, “I can take Grey if you want. I don’t want you to drop the pizza.” She’s teasing me. I like it when she teases me.

I hand her Grey, who is more than happy to be passed off. I suppose he prefers being in the arms of a beautiful woman as opposed to being carried by his smelly uncle, who’s covered in dirt. He immediately begins running his hands through her long hair and smiles brightly at her as if he knew he was the cutest thing in the fucking world. I roll my eyes and snort as I realize I’m jealous of my nephew. He’s touching Ronnie and I’m holding a fucking pizza.

“He’s a giant flirt,” I tell her as we make it to the final flight of stairs. “I can’t imagine what he’s going to be like when he’s a teenager.” If he’s going to turn out anything like me, I’m going to have to give him the “sex talk” pretty early. With the way he’s looking at Ronnie, at least I know the kid’s going to grow up to have amazing taste. She’s innocence and sin all mixed into one delicious package.

“I’m sure you’ll have plenty of girlfriends, Greyson,” Ronnie says with a giggle as she watches my little guy play with her hair.

Unable to help myself, I peek down her sweater as she gambols up the last few steps. Well, I’m going to need to excuse myself the second we get inside. Maybe she’ll watch the baby while I take a quick shower. I unlock the door to my apartment and kick it open, ushering Ronnie inside. She’s rocking Grey and barely takes any time to look at her surroundings. Which is good, considering my apartment is nothing compared to hers.

✯✯✯✯✯Trevor’s character speaks to ever person who has ever been on a dark path & found the strength to go into the light. I loved this book from start to finish & I can’t wait to see what you write next Ms. Lee. By shari gaye parris Amazon

✯✯✯✯✯A life reaffirming book about a young man who thinks he has lost everything but finds redemption in being a father to his nephew, finding love, reestablishing his relationship with his father, and connecting with his mother. Beautiful story of forgiveness. By 2muchtrouble Amazon

✯✯✯✯✯This is a book about acceptance of yourself. It’s also about loss and growing as a person but most of all about Love.
Trevor is a newly sober man who has come home to care for his baby nephew who he has sole custody of since his brother and sister in law’s sudden passing.
This book is raw and real and bittersweet. Trevor is trying so hard for baby Greyson, he’s a little clueless but he’s learning while trying to fix the relationship with his parents, at least his dad is supportive of him and so is a beautiful brunette across the hall named, “Ronnie”, Veronica. I love the steamy and sweet relationship they have. They are good for each other and Grey lover Ronnie too. By Candace Richard (Sassy) Amazon