Promo Tour for Going to Another Place by Lauren Marie

GOING TO ANOTHER PLACE
by Lauren Marie

A man, from 2008, falls forty eight floors from a building in Seattle and wakes up in 1815 England.

A woman, in 1815 England, watches a bright star fall from the sky. She travels to the future, but can’t stay due to her lack of immunity to the 21st century diseases.

Michael Drury and Emma Wallace have fallen in love, but are torn between two worlds. He has family in the 21st century. She wants to stay with him, but continues to grow very ill, very fast.

Spanning almost 200 years, will their love be able to exist in the same time? 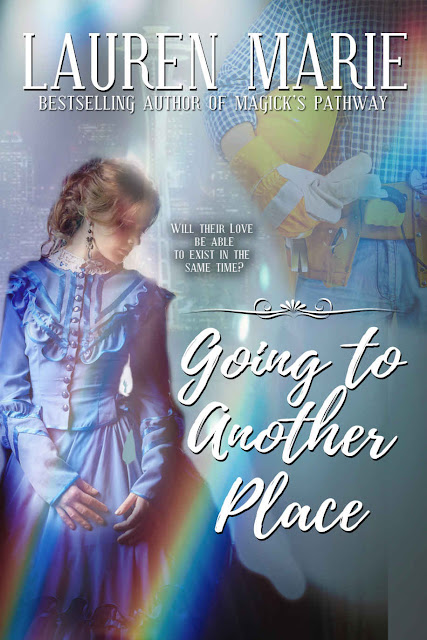 “Where am I?” Michael asked.

“This is Delancy Manor. We are an estate outside the village of Darlington in county Durham, England,” Mr. Delancy answered.

“What year is this?”

Lauren Marie’s first published Going to Another Place in 2013. With Books to Go, Now’s help the book has been re-edited.

She is also the author of The Haller Lake series - A Demon’s Scheme - Book 1 and Magicks Pathway - Book 2, Big Mike-Little, Golden Ribbons - story 4 of the Miss Demeanor Private Detective Agency series, I’m Not What You Think, Love’s Embers - book 1 of the Canon City Series, Love on Ice - book 2 of the Canon City Series, One Touch at Cob’s Bar and Grill - story 3 of the Montana Ranch Series, Love’s Touch - Then and Now, Going to Another Place.

She lives in Western Washington State with three cats, Agamemnon, Jericho and Jasper.