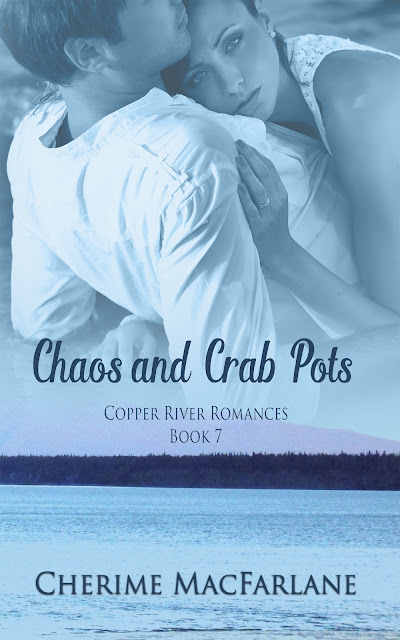 Matt Hite is busy hiding from God's call on his life. His mistake: answering a friend's call for help.

Aurora, Alice Ann, is running from a man who blames her for losing a chance to grab a pile of money and leave Alaska.

Their destinies collide and everything comes to a head in the tiny Western Alaskan village of Unalakleet. Death awaits one of them in the cold waters of Norton Sound, but who?

Matt hated the mission trips his parents took him on every summer but one. That year the boy learned about commercial fishing and chose a different path. Adrift since splitting with an unfaithful fiance, he is ignoring the tug he feels. His father is the Reverend, not him. Answering a friend's call for help in the Norton Sound summer crab season lands Matt in Unalakleet. The woman on the plane is pretty but has a bad attitude.

Aurora knows her name change won't matter to those in the village who know her as Alice Ann. On the way to Unalakleet to help her grandmother bring in crab, escape from her bosses son is a side benefit of the trip. Jacky is out of control, and being caught in the fallout when he goes down doesn't appeal. An arrest record won't help her career path.

Aurora; that was a name she wouldn't hear for a while. With a shake of her head, the young woman seated in the waiting area picked at the hem of her shirt. She would need to learn to respond to Alice Ann again. No one in Unalakleet would call her by the new name. To everyone out there, she was little Alice Ann, Granny Petrova’s granddaughter.

A mild snort accompanied the next thought. She wouldn’t be caught dead in the damn village, if it wasn’t for her Granny. It wasn’t Granny’s fault her daughter took up with a disreputable ex-soldier looking for a place to hide in the wilds of Alaska.

Nor was it her mother’s fault she got pregnant, four times in fact, and produced Alice Ann. But, it was her father’s fault he got bored with the little hills and myriad swamps covering the point Unalakleet sat on. Val Peters packed Grace and Alice Ann up, and went to live in Slana.

She was sure her father had a few screws loose to move out to that cold hole. Then, she amended that; a few more than the Veteran’s Administration’s initial diagnoses showed. Val Lowe Peters left a portion of his sanity in some Middle Eastern country. Slana was colder than hell. To her way of thinking, hell was cold, and it sucked all the heat out of you.

The place warmed up a little in the summer, unlike Unalakleet. The coastal town never warmed up, but the temperature never dropped below minus forty either. Anchorage was the best of both worlds. It got snow, and once in a great while in the winter, the temperature dropped to minus twenty, or twenty-five. In the summer, it could get up to a pleasant sixty-nine, or even seventy, degrees.

When it came right down to it, Aurora welcomed the opportunity to leave Anchorage. For a change, she was happy about packing her bags for the trip to Norton Sound, where she would help her Granny Petrova. To her way of thinking, hauling in crab pots beat arguing with her father. There were better things to do than dodging the old man. If she said the wrong word, the fight would begin.

Not that it was anything new for her and the old man to get into it. The arguments had become an almost daily occurrence once she had entered high school. If her Auntie Penny hadn't needed help with the kids, she would still be stuck in Slana.

It hadn't been great for her aunt when the father of her three children dropped dead of a heart attack, but she supposed the old cliché about every dark cloud had a point. It got her out of the village of Slana and away from her dad.

Aurora shouldered the duffel bag and joined the other passengers outside. They followed one of the ramp rats out to the boarding area for the aircraft on the apron.

Penny, her mother's sister, needed someone home with the kids after school, and if she hadn't got out of the house, there might have been a murder. Who did who in would have been problematical. 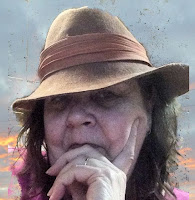 Meet Award Winning, Best-Selling Author Cherime MacFarlane. A prolific multi-genre author, she has a broad range of interests that reflect her been there-done that life. Romance, Historical Fiction, Fantasy, Paranormal, all sorts of characters and plots evolve from a vivid imagination.

I came to Alaska kicking and screaming in 1976, and I never want to leave. I cut firewood on shares for money to get through the winter. I swore I would not live above the Alaska Range because it was too cold there and wound up in the Copper River Basin where it got just a cold as Fairbanks.

My second husband, a Scot from Glasgow, was the love of my life. When I write Scots dialect, I experienced hearing it from my in laws. Each time my husband got on the phone to Scotland after five seconds, I could hardly understand a word. I was my second husband's chief mechanic's helper and roadie.

I live in a cabin which is slowly being surrounded by the city and wish I were further out. My two cats and Husky-Collie mix dog are happy in our little slice of heaven called Alaska. In the silence of winter dreams of people and places provide a rich pool of ideas to explore.