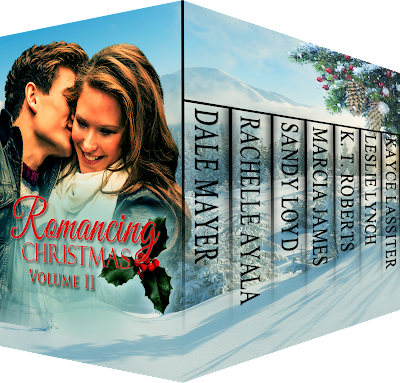 From sweet to spicy, friends to lovers, from cowboys to babies and puppies, this holiday anthology from 7 of today’s hottest romance authors has something for everyone. Toss in some unconventional romances and fairy godmothers—and, of course, some hunky military heroes—and you’ve got a Christmas collection that will warm the heart on even the coldest night.

This unique set features endearing stories from USA Today and National Bestselling authors. Available for a limited time only!

Mason’s Wish by Dale Mayer
This is a Christmas Novella continuing the story between Mason and Tesla!

Mason loves his life with Tesla, but living together isn't enough. He wants more. He wants it all. He wants forever.

All set to make this a memorable Christmas for the two of them, he calls her at home and hears her cry out as she fights off an attacker. Racing to her rescue, he finds her missing – again.

Determined to put the horrific memories behind her, Tesla is looking forward to a bright and happy future. But someone nursing a grudge has decided it's payback time.

Their lives change in a flash as Mason races to save Tesla before they lose their future – and each other..

Christmas Stray by Rachelle Ayala
Juliette Martin does not ever want to celebrate Christmas again, not when it means reliving the last one after her six-year-old son, Jeremiah, passed away on Christmas Eve. She and husband, Gabe, find themselves snowed in at a mountain cabin with a pair of strays. Juliette desperately needs a miracle to save her marriage and restore her faith in God. Can a stray dog and an orphan boy help her believe in the magic of Christmas and the power of love?

A Low Country Christmas Miracle by Sandy Loyd
Considering the bad blood between father and son, it will take a miracle to get Cade Duval to return to the Lowcountry for Christmas. Lacey Barnes has loved Cade since…forever…and feels up to the task of making sure it happens. Unfortunately, Cade’s in a relationship and Lacey would never poach. Success means her heart will be broken all over again.

Scrooge & the Secret Santa by Marcia James
Police dog trainer, Patton Carter, has nothing but bad memories of holidays spent in foster homes as a child. When a car crash lands him in the hospital and a knee replacement requires rehab, he hires physical therapist, Faith Harmon, to live in his house over the holidays as a combination therapist, caretaker, and dog-sitter. He never expects to fall for her and her Maltese, Snowball.

As a part-time therapy pet teacher, Faith has had run-ins with the Patton at Klein’s K-9s. But the pay he’s offering for the six-week job is too good to pass up. She agrees to move into his house with the stipulation that he won’t continue to disparage the important work of therapy animal handlers and their pets. She never anticipates that their biggest conflict will be Christmas.

Patton soon learns the difference therapy pets can make in the lives of patients like himself. But will he be able to open his heart to love and the spirit of Christmas before he loses Faith?

Strangers in the Night by KT Roberts
On one very magical day in New York City, two strangers meet by chance in a wine shop, each reaching for the same bottle. A meeting no one could have predicted, but their undeniable chemistry is destined to be sealed in fate. Having gone their separate ways, the two meet up again only blocks away. Now that he’s been given a second chance, he’s not letting her slip away this time. He discovers his Cinderella is leaving the following day and he’s fraught with anxiety. But not to worry, she’s got a plan! If he finds that rare bottle of wine again, her name and phone number will be on it, a certainty that true love and fate have chosen their destiny. A year later, circumstances conspire to bring her back to New York. A chance encounter reconnects them. Only this time, without the prerequisite bottle of wine. He wonders if she’ll still want to be with him now that she’s learned his secret? But only the Gods of Fate can answer that question.

Christmas Grace by Leslie Lynch
No one wants to celebrate Christmas this year. Not Ella McKendrick, who, on the cusp of success as a potter, is tasked with her husband’s company party on too-short notice. She gives up her first pottery sale to pitch in, but the joy of the season is diminished. Not Gertie Wycliffe, Ella’s mom, a new widow who is doing everything she can to avoid her first Christmas alone. No one understands the grief and terror she feels—maybe because the craziness of a seventy-four-year-old woman signing up for skydiving lessons is all she lets them see. Not Natalie Shaw, Ella’s pregnant daughter. Natalie’s husband is deployed halfway around the world, and she believes that ignoring the holiday might blunt her loneliness. Then disaster strikes, not once but twice. Three generations; three untenable situations. Three women who come together for each other, and remember what’s most important about Christmas.

Kolton Holloway returns to his small home town in Wyoming, after the death of his mother, intending to unload an unprofitable strip mall.  Unfortunately, the sale of the mall will force Harper Weston to close the doors of her wedding dress shop forever.  With these two at odds over the fate of the strip mall, Delta, has her hands full trying to make a love match between them.  Throw in a fairy godfather who thinks he’s a Christmas wedding planner, and Harper’s new puppy who is hell-bent on trashing her dress shop, and you have chaos of the highest magnitude.  Will Delta make this match in time to save the spirit of Harper’s unborn baby?  Or will the glimmer be lost forever? 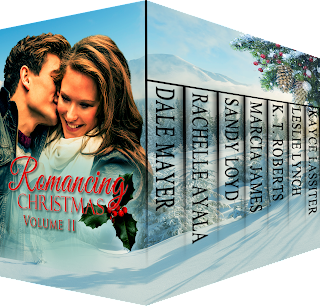 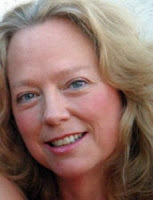 Dale Mayer
Dale Mayer is a USA Today bestselling author best known for her Psychic Visions and Family Blood Ties series and now her SEALs of Honor books. Her contemporary romances are raw and full of passion and emotion (Second Chances, SKIN), her thrillers will keep you guessing (By Death series), and her romantic comedies will keep you giggling (It's a Dog's Life and Charmin Marvin Romantic Comedy series).

She honors the stories that come to her - and some of them are crazy, break all the rules and cross multiple genres!

To find out more about Dale and her books, visit her at http://www.dalemayer.com or connect with her online at Twitter: www.twitter.com/dalemayer and Facebook: www.facebook.com/dalemayer.author 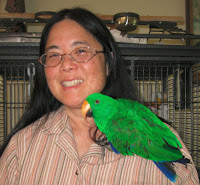 Rachelle Ayala
Rachelle Ayala is a bestselling author of contemporary romance and romantic suspense. She writes from sweet to steamy and believes that everyone should find love as often as possible, even if it's within the pages of a book. Rachelle is working on a sweet series of romances with pets and firemen, Have a Hart Romances, and one full of bad boys, Bad Boys for Hire. She also writes sports romances in both football and baseball, as well as many holiday romances, both sweet and spicy. 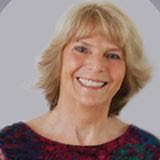 Sandy Loyd
Sandy Loyd has worked and lived in some fabulous places in the US, including Northern California and South Florida. She now resides in Kentucky and writes full time.

As a former sales rep for a major manufacturer, she’s traveled extensively throughout the US, and has a million stored memories to draw from for her stories. She spent her single years in San Francisco and considers that city one of America’s treasures, comparable to no other city in the world. The books in her California Series, starting with Winter Interlude, are all set in the Bay Area.

Sandy is now an empty nester who has written almost two dozen novels. She strives to come up with fun characters—people you would love to call friends. We all know friends have their baggage and when we discover what makes them tick, we come to love them even more.

Whether she’s writing historical, time travel, romantic suspense, or contemporary romance, Sandy always tries to weave a warm love story into her work, while providing enough twists and turns to entertain any reader. 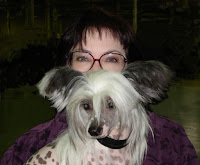 Marcia James
Marcia James finaled in eleven Romance Writers of America contests before selling her first contemporary romance. Her releases include Sex & the Single Therapist (the first in a comic romantic mystery series) and the "Klein's K-9s Service Dogs" contemporary romance series. A national and international ebook bestseller, she writes hot, humorous romances featuring heroines you can root for, heroes to die for, and funny dogs.

In her eclectic career, Marcia has shot submarine training videos, organized celebrity-filled nonprofit events and had her wedding covered by People Magazine. After years of dealing with such sexy topics as how to safely install traffic lights, she is enjoying “researching” and plotting her novels' steamy love scenes with her husband and hero of many years.

K.T. Roberts
K. T. Roberts writes romantic suspense with sass and brass and her soon-to-be published cozy mystery series featuring Glitzi Nash and the Goombahs, promises to be even sassier. She’s an author for Montlake Romance.

In 2012 she decided to try her hand at self-publishing and wrote her first mystery series, the Kensington-Gerard Detective Series. The Last Witness is Book One in that series. Elusive Justice is Book Two, and Deadly Obsessions being Book Three.

Blind Retribution is her first romantic suspense published by Montlake Romance and will be released November 29, 2016.

Originally a Jersey Girl, she lives with her real-life hero, Bob, in Arizona. They have four children. Although she’s a former chef, whipping up a gastronomic treat for family and friends has been relegated to the weekends because during the week, she’s in front of her computer writing her next great novel.

For more information about her books, visit her website at http://ktrobertsmysteries.com , and while you're at it, drop her a note. She loves to hear from her readers.

You can subscribe to her monthly newsletter titled K. T’s Jersey Girl’s Musings by clicking on this link.  http://bit.ly/1tkK8uC. Be the first to receive exciting news about releases, noteworthy events and chances to win prizes. Don’t miss out on the fun!

Sign-ups for her weekly blogposts are located on each corresponding blog.

Leslie lives near Louisville, Kentucky, with her husband and a rescued feral-turned-sweetheart cat. A light airplane pilot, she also loves quilting and pottery. She’s written three full-length novels: Hijacked, Unholy Bonds, and Opal’s Jubilee; and two novellas: Christmas Hope and Christmas Grace. She is an occasional contributor to the Archdiocese of Indianapolis’s newspaper, The Criterion.

Kayce Lassiter
Kayce Lassiter is a second-generation native Arizonan, and a Butterscotch Martini Girl.  She is country through and through, and she writes what she knows—“Cowgirl Fiction”.  And just for fun, she likes to throw in a little magic too because what would a good ‘ol country story be without magic?  After all, doesn’t everyone have a fairy godmother who rides a Harley and sports a “Bite Me, Cowboy” tattoo on her shoulder?  Kayce does.