Release Tour for Return to Ecstasy by Tina Donahue

RETURN TO ECSTASY
Her Master's Pleasure, book 1
by Tina Donahue 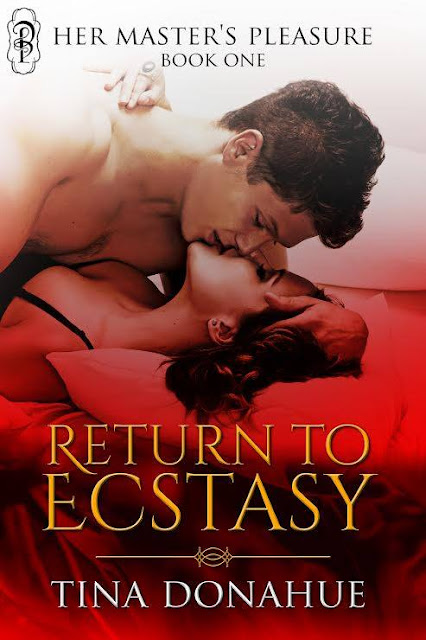 Dreams of a manor where submission and dominance once ruled draw Faith to hypnotherapist Colin Danes. Potently virile, he looks remarkably like her most cherished master from a past life. Desire smolders in his eyes, proving he’s never forgotten her.

Their carnal dance continues in the present and leads to their past when she was known as Eve. Through hypnotherapy, Colin brings her back to the Victorian era, a hidden estate where she eagerly submits to whatever he and her other noble masters crave. The exquisite discipline of the strap. Being bid on and mounted each night. Displayed and used for the enjoyment of all.

Most will take her. One will try to imprison her. Only he will be her true master in that life and this.

Eve was still bathing when he came for her. A man whose presence she’d frequently felt. A stranger who’d often rode past this cottage, his steed magnificent, a sorrel with a startling white mane and tail.

At those times, the man’s well-defined features, noble bearing, and the way he focused on her alone stood out. His gaze had lingered and possessed, warming her skin, calling to everything female within her, demanding her submission. She’d given it, not moving, scarcely drawing a breath, her work forgotten.

Nothing except him had mattered.

Not once had he spoken or made a demand. During his increasingly prolonged observations, he’d been content, or obliged, to do no more than look at her.

Now he held a rope in one gloved hand. The frayed ends swayed.

He stepped past the doorway, his height requiring him to stoop to avoid striking his head. He wore no top hat. Snow dusted his dark hair and shoulders. His ankle-length cloak was quite luxurious, fine black wool lined with fur. His eveningwear included a dark coat cinched at the waist and trousers bearing the same shade. In color and purity, fresh milk couldn’t compete with his flawless white vest and cravat, tied perfectly about his throat.

He closed the door.

She suspected he wanted no interruption in what he intended to do.

He threw the bolt.

At the metal’s sharp clack and what would come, her pulse pounded fiercely.

The candles Mrs. Trumble had lit stopped flickering. The wind departed. A few stray snowflakes floated in the air.

The chill he’d brought inside didn’t register with Eve. Intense heat spread from her chest to her belly and cunt then to her neck. Her throat tightened. Even if she’d wanted to make a sound, she couldn’t have.

He stopped short of the tub.

His lushly lashed eyes were pure blue, more glorious than any sky.

He regarded her naked breasts. “Pull back your arms and arch your back. Present yourself to me.”

He stated his wishes quietly yet still commanded, his cultured voice smooth but also rough from arousal.

Unsteady with desire, Eve did as he wanted. She had no choice. She wanted none. With her back arched and her arms drawn back, she lifted her breasts in offering.

At a leisurely pace, he stared at the ripe globes and her taut nipples. He wandered from side to side. No angle pleased him for long.

Eve remained a silent, obedient witness to his brazen perusal. She craved and enjoyed the attention. Desire pulsed through her.

A small smile touched his sculpted lips. He peered at what her bath hid from him: her legs and sex. The violet-scented water reflected the candles’ flames, the fire tinting it gold and orange. Those warm colors hardly matched the heat blazing within Eve.

He cleared his throat. “You know what to expect?”

Eve liked how his voice caught, his arousal evident. She nodded.

She suspected not and shook her head. 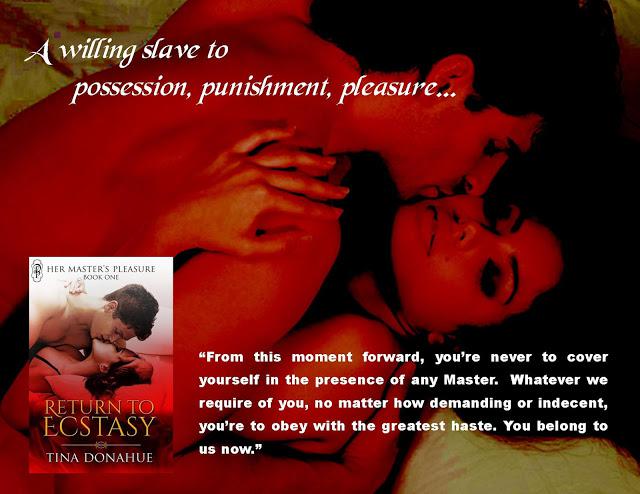 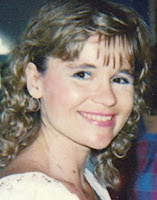 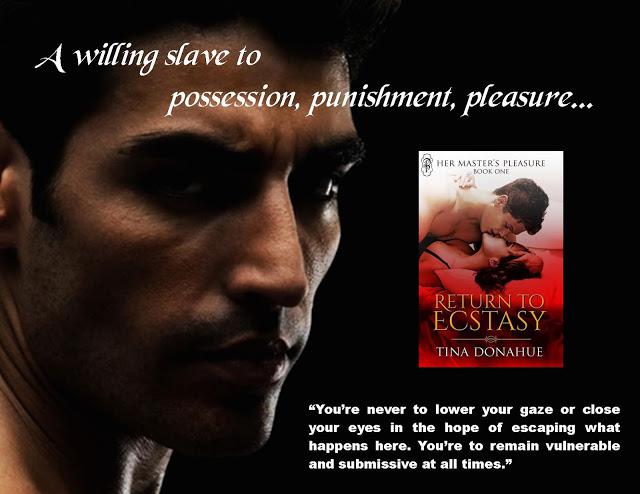