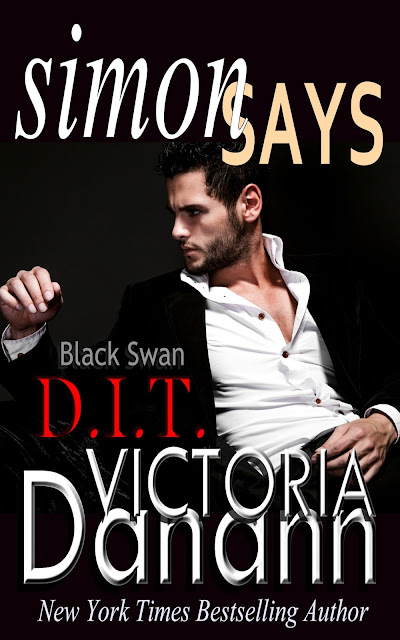 “You’re a very good cook, Simon. Some woman is goin’ to be lucky to have you for a mate.”

“I don’t know. I think perhaps on balance my less desirable qualities might outweigh my cooking skills.”

“What are your less desirable qualities?” Simon opened his mouth to answer, but she changed her mind. “Ne’er mind. I do no’ want to know. For tonight I want to believe that you’re perfect. A god fallen to Earth from that star,” she looked up in the sky and pointed, “right there.”

“Suit yourself,” he smiled.

“Twenty three. How old are you?”

“Twenty nine. You seem much older. I would’ve guessed that you’re closer to my age.”

“You’re stickin’ with that vampire huntin’ business, are you?”

“That’s my story.” His casual nonchalance would never be taken as cover for the truth about his occupation.

She rolled her eyes. “How long are you on holiday?”

“I’m not exactly on holiday. A friend died. He was a close friend, more like family really. So I’m out here to…”

Watching him struggle to find the right words, she offered, “Clear your head and free your heart?”

If Simon had spent a year contemplating how best to answer why he was there, he would not have been able to come up with a more perfect and concise description of his reasons. He didn’t answer, just reached over and pulled Sorcha close enough to him so that he could kiss her the way he’d been thinking all through dinner. With the firelight reflecting on her face, she had him believing that she was the goddess who likely fell to Earth from the brightest star in the heavens above.

It took little urging to get her to scoot closer a look of sensual anticipation on her face.

“You done this before, human?”

Simon smiled sardonically. “Couple of times,” he said just before pressing a soft kiss to her mouth. When she deepened the kiss, with an unmistakable flavor of demand and insistence, he chuckled. He’d been thinking sweet and slow. She was apparently thinking eager and faster. He was just as cool with eager and faster. So he let her set the pace.

Flanked by the Atlantic to the west and North Sea to the east, the Orkneys enjoyed a surprisingly mild climate. At least that’s what the travel brochures say. But forties didn’t feel mild if a wet wind whipped up after the sun finally set and sleeping arrangements are outdoors on the ground.

It took a few minutes to figure out how to reconfigure the sleeping bag zippers so that they could take advantage of the combination of modern fiber technology and body heat.

“How can it be so hard?” She laughed.

“It’s like a puzzle,” he replied. “We’re both reasonably bright, well educated persons. We’ll figure it out. Just be patient.”

“When it came to my attention that D.I.T. was going to Dublin, I thought of Torn Finngarick. After all he knew the culture and could, perhaps, be useful. I confess to the ulterior motive of wanting to see all the floaters brought in from the cold. He was one of the remaining few. And everybody deserves another chance. Right?

As I mentioned earlier, my wife was working for Black Swan setting up a unit called Department of Interdimensional Trespass. It seemed that creatures coming and going at will were causing havoc that had, until recently, been unexplained, believed to be fiction of the myth or folklore variety, or dismissed as interplanetary visitations. Rosie was busy hiring and training people who were going to function as police.

Anyway, I had served with Sir Finngarick when I was first knighted as the fourth member of the infamous Z Team and came to know him quite well. Most believed he was irredeemable. I did not.”
Glendennon Catch, Sovereign, Jefferson Unit