Promo Tour for Every October by Aubree Lane

EVERY OCTOBER
by Aubree Lane 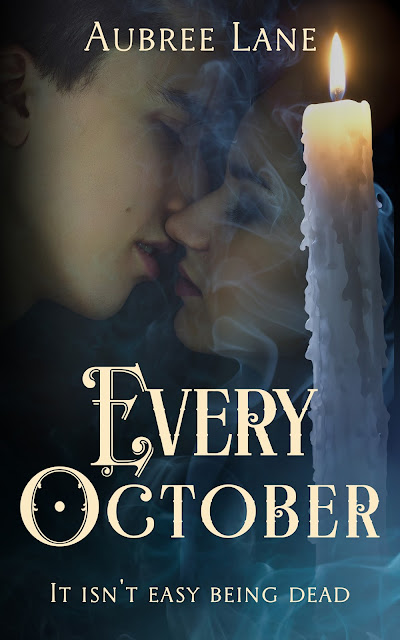 Being dead isn’t as easy as you think.

Tied to the cemetery where her remains came to rest, the ghost of Zoey Harris is stuck. The only bright spot in her miserable afterlife is that every October she gets to visit her daughter. It’s typically a quick fly-by to see what costume she’s wearing for Halloween, but this year the five-year-old can not only sense her mother’s essence, she can see her. The adventure begins when Zoey grows more confident in her newfound haunting abilities and decides to sneak a peek and see what her husband has been up to.

Until death do us part was all Caleb promised. To have the specter of his dead wife reappear the moment he finds the courage to take off his wedding band is the stuff nightmares are made of. Their daughter loves it when Zoey drops by each fall, but he’s tired of the sadness and grief. Caleb needs more…even if it means chaining Zoey to her headstone for all eternity.

THE PULL GREW EACH OCTOBER. The urge to check in on her family was overwhelming. Zoey leaned her wispy frame over her daughter’s bed and kissed her forehead. The little girl blew out a contented sigh and nestled deeper into her pillow.

The scar running down the middle of Amy’s brow had faded to white. A second scar across her nose was barely noticeable. Zoey smiled. The plastic surgeon did an exceptional job. In another year, both scars would vanish.

Her best and only friend appeared beside her. “Here you are. I should have known.”

Prue rolled her eyes. “Please, she’s a kid. I could scream at the top of my lungs and she wouldn’t move a muscle.” She gazed down at the angelic five-year-old and the tone of the older ghost softened. “Look how much she’s grown. I have to hand it to you, Zoe, you gave birth to a cute little sweetie pie.”

Zoey glowed with pride at the compliment until the memory of the car crash rushed in. It had been touch and go for the toddler. Every time Amy’s chubby arms reached out for her, Zoey pushed her away and told her to be with her father. Shunning her child was worse than dying, but Amy was only three years old. She was far too young to pass through the barrier between life and death. Guilt and sorrow filled every inch of Zoey’s ghostly being. “Then I almost caused her death.”

Icy fingers gouged her arm. Prue pulled her aside and chided, “Zoe, I love you, but you have to let it go. The accident might have been your fault, but Amy and Caleb didn’t die. You did. They’re fine.”

Prue’s eyes went wide as saucers. She hesitated for barely a moment before evaporating into thin air.

Zoey glided back to her daughter’s bed. “Yes, baby. It’s me.”

Amy could sense when her mother was near, but it wasn’t possible for Zoey to manifest her spectral self. She wondered what Amy saw when she looked at her. “Smarty pants.” Zoey chuckled. “What gave me away?”

“Daddy asked me what I wanted to be for Halloween. That’s when you come.”

Zoey’s heart swelled with love. Amy was so small when the accident happened, yet she still thought of her. “Don’t leave me hanging. What are you dressing up as this year?”

Cartoon princesses danced across the front of her daughter’s light blue pajamas when she sat up. “I’m going to be a birthday cake. Lauren is making it especially for me.”

Her ghostly ears perked at the unfamiliar name. Zoey hoped she was the new nanny, but she suspected her husband’s grief had passed and that Lauren was Caleb’s girlfriend. Jealousy flared white hot. 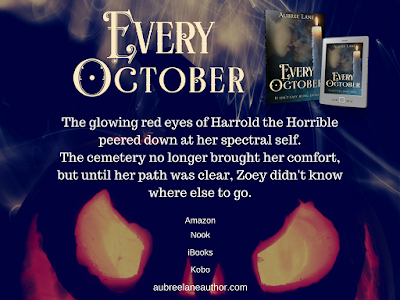 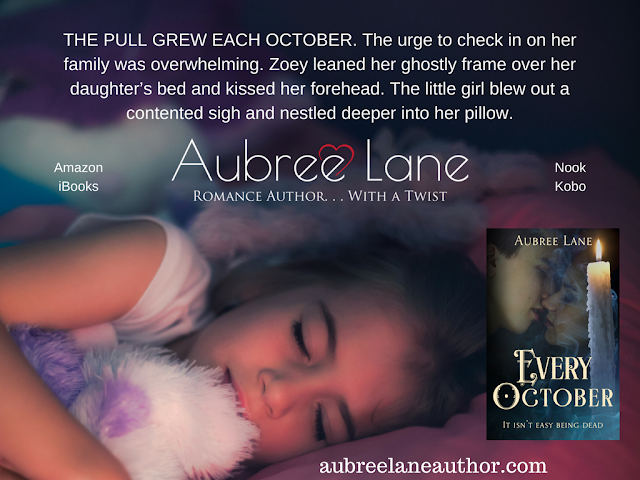 Aubree Lane is a true story teller. This award-winning author has been writing in one form or another for most of her life and has loved every moment.

Aubree lives in the beautiful foothills of Northern California with her husband, two wonderful sons, and a super special peek-a-poo named Tanner. When not managing the pooper-scooper, Aubree can be found at one of her favorite vacation spots ranging anywhere from Lake Tahoe to Maui.

Her motto: Write Until Your Butt Hurts, And Your Eyes Are Crossed. 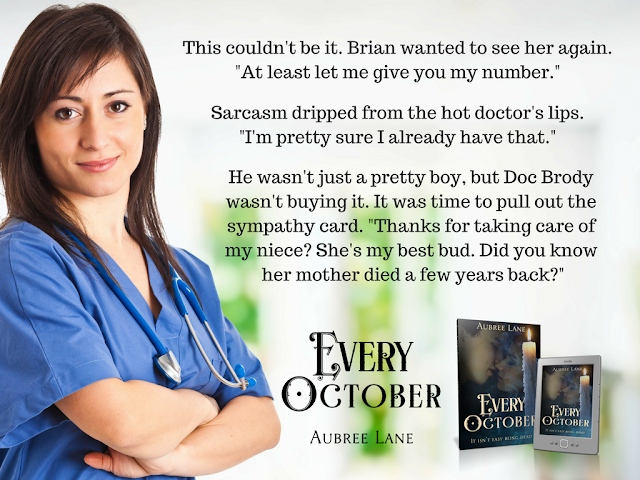