Release Tour for A Chance This Christmas by Joanne Rock

A CHANCE THIS CHRISTMAS
Road to Romance series, book 3
by Joanne Rock 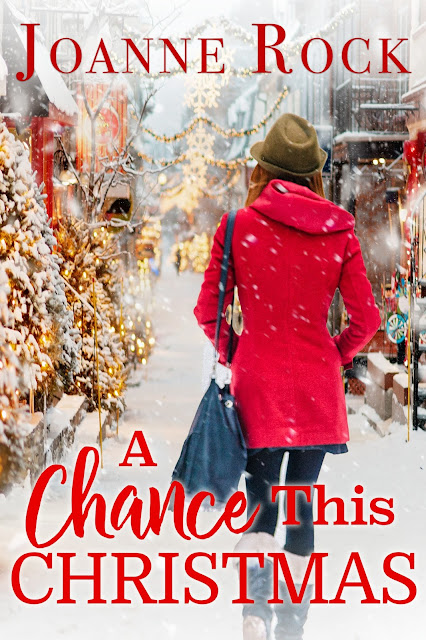 Growing up in the Christmas-crazed theme town of Yuletide was fun for fashion designer Rachel Chambers until a family scandal made her unwelcome. Eight years later, she’s home for a friend’s wedding and trying to go incognito… until her old flame spots her.

Snowboarder Gavin Blake wants to make things right with Rachel, and smoothing her way back in Yuletide seems like the best way to do just that. Making Rachel his date for a week of pre-wedding parties is sure to bring them closer. Except he underestimated how long a small town can carry a grudge--or how much the memory of a long-ago kiss could tempt him all over again.

As the wedding approaches, Rachel remembers all she loved about her close-knit, Christmas-loving neighbors. But even if she can win over the town again, will she be able to convince her footloose, mogul-shredding wedding date that they can find happiness beyond the holidays?

Rachel glanced back and forth between him and the car. “I don’t know.”

Insulted that he didn’t look like the better option, Gavin tugged the keys free from the door truck. “The Rachel Chambers I once knew had a sense of adventure.”

He held out his hand, waiting. And yes, hoping.

“And look where that got me?” she whispered, but took his hand just the same. “I’m a pariah in my own town.”

Leading her toward his truck a few spaces on, he made sure they stayed out of the reflected carousel lights.

“Not if I have anything to say about it.” Unlocking the passenger door, he helped her up into the old F150 he’d bought when he purchased the house. He hurried to the driver’s side and slid behind the wheel before she changed her mind.

“Oh really? I’m not sure you’re going to be much help salvaging my reputation.”

He really shouldn’t get involved. He knew that. Championing Rachel in this town would be bad for the business he wanted to open. It could hurt his chances of accomplishing a whole laundry list of things he wanted to tackle in town, starting with a fundraiser he needed the town council to approve.

But he owed her, didn’t he?

“That’s where you’re wrong.” A plan came together in his mind—a way to make up to her the wrong that he’d done all those years ago. “I’m a local sports hero these days.” He wasn’t bragging. People placed a whole lot of emphasis on sports. “I’ve got some standing in town.”

“I don’t think that’s going to help me. I might just tarnish your Olympic halo.” She rubbed a knuckle along the passenger window, as if she could clear the icy layer on the outside.

They sat in the cold truck while he waited for the defroster to kick in enough to clear the windows.
He knew she had a valid point.

“I kept my mouth shut eight years ago when I should have defended you to everyone. At the time, I thought maybe you hadn’t been honest with me, and that maybe you really were still with Luke.” Gavin had felt like he’d betrayed his friend, and the guilt had made him say things he later regretted. “I know better now, thanks to making amends with Luke. And I’d like to help you feel welcome in Yuletide again.”

“You don’t have to do any such thing.” She turned toward him, a hand on his arm. “I’m not going to stay in town long anyhow.”

He could see the hint of vulnerability in her pretty eyes. Was she leaving because things were uncomfortable for her here? He couldn’t abide that. Not when he’d been a part of the reason she’d felt ostracized. He knew exactly how to fix it.

Besides, he realized he was in no hurry for her to leave. It’d been too long since he had seen her.

“I happen to know Kiersten Garrett really wants you at her wedding.” He’d been over to dinner at Luke’s and Kiersten had shared as much.

Rachel’s jaw dropped. “I— Well. Just because Kiersten wants me there doesn’t mean I need to put up with grief from everyone in town.”

He jumped into trouble with both feet. It came with the territory on the mountain every day, and he wasn’t going to shy away from a risk now, with someone who used to be important to him.

“Consider the town quieted when you go to the bridal welcome dinner as my date.”

Fashion buyer Shea Walker had a fast track lifestyle until a car accident sidelines her to a painful recovery. Seeking quiet for the holidays, Shea returns to the snowy mountains where she grew up to make peace with her past and spend time with her estranged family. She never expected J.C. Royce—now a hockey star—would return to their hometown, too. Determined to avoid that particular sexy mistake, she’s caught off guard when her first night in town brings them face to face.

J.C. never misses a chance to come home to Cloud Spin, Vermont, and this Christmas, he’s back home for some enforced downtime. But in all those trips, he’d never caught a glimpse of Shea, the childhood friend he once thought would become a whole lot more. Before she’d left town, she’d made sure he knew that would never happen, so seeing her practically fall at his feet outside a local pub is gratifying. Until he realizes his proud former friend is truly hurt—and in more ways than she lets on. Lucky for her, he’s got a big house just sitting empty, a tree ready to decorate and Shea is in no shape to stay by herself. But he’s got bad boy arrogance down to an art form after eight years in the NHL, so he’s more than a match for feisty Shea. Especially when it comes to her outrageous claim that there was never any chemistry between them...

But when it comes to convincing her to stick around town until the New Year, he just might need a Christmas miracle.

Dancer Larissa Martine is ready to start over and Las Vegas seems like the perfect city for a shiny new beginning. But first, to honor her pact with her girlfriends, she wants to make a quick stop in Cheyenne, WY to make amends with her first love, the guy she left to chase her dreams of Broadway fame. Except rancher Matt Briggs isn’t nearly as interested in her regrets as he is in keeping her in town for his sister's wedding. It’s a request she can’t deny when his family takes up the cause to make her stay for just one more week, but it’s difficult to maintain her friends-only boundaries with a man who attracts her as much as ever.

After losing his father and inheriting the family ranch in addition to the one he’d bought on his own, Matt’s life is all about obligations. But Larissa’s unexpected arrival during the wedding mayhem is a bright spot he won’t ignore, even if that means tempting her into far more than just a dance. He figures one night with her will bring them both some peace with their past, which is all she said she wanted. But one night leaves Matt wanting a whole lot more and this time, he’s willing to gamble everything to make her stay.

Four-time RITA nominee Joanne Rock has never met a romance sub-genre she didn't like. The author of over eighty books enjoys writing a wide range of stories, most recently focusing on sexy contemporaries and small town family sagas. An optimist by nature and perpetual seeker of silver linings, Joanne finds romance fits her life outlook perfectly--love is worth fighting for. A frequent speaker at regional and national writing conferences she enjoys giving back to the writing community that nurtured and inspired her early career. She has a Masters degree in Literature from the University of Louisville but credits her fiction writing skills to her intensive study with friend and fellow author Catherine Mann. When she's not writing, Joanne enjoys travel, especially to see her favorite sports teams play with her former sports editor husband and three athletic-minded sons. 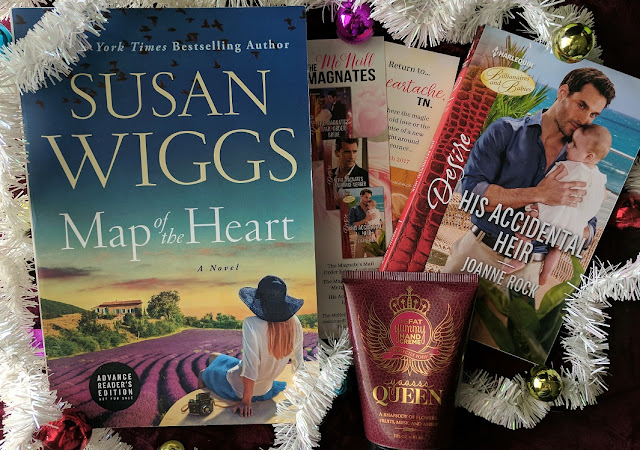