Cover Reveal for The Blessing by Lizzie Lee

THE BLESSING
by Lizzie Lee

“You’ll get me through this, won’t you, Grey?” I ask him, wanting to laugh as he smiles up at me, watching my mouth move as if he were trying to understand. I take his smile as a positive response and kiss his forehead again. Everything will be all right.

I end up selfishly using Grey as a security blanket during dinner. As soon as my mother set a bottle of red wine on the table, I knew I was in for one hell of a night. I keep Grey in my lap, rocking him while I try to focus on anything other than the Merlot which is taunting me from a few feet away. Disappointment overwhelms me as I consider the power the drink holds over me. I’ve spent the past five years letting alcohol decide my fate, and now that I’m home, I want to regain my control. It’s not just me anymore. I have a child depending on me.

I pull my eyes away from the bottle and focus on my nephew. To my surprise, he’s staring up at me with wide, curious eyes. My heart splinters as I look at him. Now that Dean is dead, I can feel all my love pouring into his son. My heart fucking breaks, knowing Grey will most likely not remember his parents. He’ll never know how wonderful they were. He probably doesn’t have an inkling of understanding as to what has happened to them. I want to give him back everything he lost. Hell, I would’ve gladly taken my brother’s place, so he could have gotten more time with his son. But none of that is possible now. There’s no deal I could possibly make with God to bring him or my sister-in-law back. So, I’ll do the next best thing: I’ll devote my life to their child and try to give him the world. My brother would have expected that, and I’ll be damned if I let him down this time.

I’m done with the nights I spent blackout drunk--partying until dawn. I’m done with the random hookups with nameless women. I’m done with losing myself in a bottle of whiskey. That Trevor is gone. All that’s left is a broken man who’d do anything to make shit right for his nephew. I look away from Grey and give the bottle of Merlot a challenging stare. I’ll be damned if I let shit like this ruin my life any longer. I stare at the bottle as if doing so will take away my craving for it. It doesn’t. Only time will take care of that. I look down at my motivation and smile. Don’t worry, Grey. There’s two of us now. 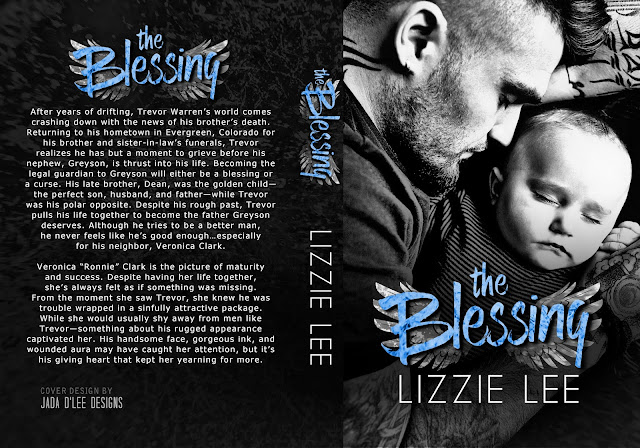