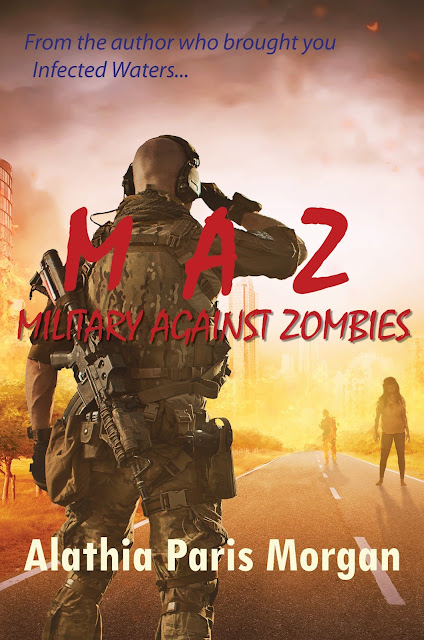 Brad Jackson is overseas, serving his country, when the zombie sickness hits. The National Guard had been overrun, and the sick are turning into zombies faster than bullets can stop them. Ordered to evacuate to Nashville with his unit, he's only a few hours away from Jackson Mountain, where his wife, Emma, was supposed to go if all hell broke loose. Now, his only motivation is to complete the mission and make it home, but the zombies seem to have other plans for Company D.

Meanwhile, the sickness has spread to the countryside, and former marine, Linc Harris, is torn between the two women he has sworn to protect--his girlfriend, Jessica, and his mother, Mavis. Jessica appears to be safe on the farm, but his mother is trapped in town. A bully is determined to stamp out the zombie sickness by killing all those who are sick. Can Linc save his mother and the town from from the sick before they turn, or a bully kills them?

A few of the troops were starting to cough the closer we got to the States. This always happened when we made the change of atmosphere from east to west.

But the closer we got toward home, the sicker sounding those coughs became. The medics had taken all those that were showing signs of illness and moved them to the back of the plane. Our leaders hung blankets, hoping to avoid the spread of germs in the contained area.

With only about thirty minutes of flying over the water left, a growling sound started coming from the back of the plane.

Screams and grunts erupted from behind the curtain as a blood-covered hand gripped the blanket, pulling it down.

“Buckle in, we’re going to open the cargo door! I repeat, strap yourselves in…” The voice trailed off as everyone tried to grab their guns and strap in at the same time.

A blast of air was sucked out of the plane as the pilot tried to prepare everyone for the difference in air pressure.

I watched in horror as bodies flew out of the cargo door with blood dripping from their teeth. I felt bad for the ones who hadn’t been as sick but were being sucked out of the tail of the plane as well.

When the cargo door closed, I gulped in the fresh air, only to hear more gasping sounds coming from the back of the plane.

Evidently, those who hadn’t been as sick were strapped into their seats and had become the infected dead, but they couldn’t do more than bite the person next to them.

My platoon officer yanked off his restraints, gun in hand, and ran to the back of the plane. Rapid shots followed and all the growling sounds were silenced.

Everyone on the plane watched as he walked around, checking each person and making sure those who were infected were dead.

While hard to watch, I knew it was the right thing to do even though I wasn’t sure if I could have done it myself.

The pilot spoke again. “Due to the growing problem, everyone will have to be inspected before they can leave the area and find a place to shower, eat, and rest up before orders are handed down.”

I groaned on the inside but knew that after what had occurred on the plane, extra precautions were needed. 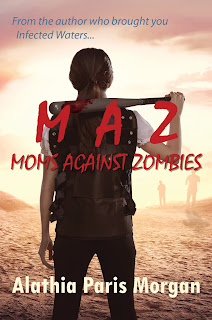 Emma Jackson is an army wife and new mom with all the uncertainties that come with it… until that fear is pushed in a different direction. Instead of worrying about diapers and feeding schedules, her only objective is to keep her child alive after being chased by a man who looks entirely too dead.

Trish Walsh thought her day was bad when she had to drag all four of her children on an errand, but she rethinks the meaning after what she can only hope was someone dressed up like a zombie beats on her car door. Yet, the bloody mess left behind is anything but reassuring.

Cooper Walsh’s job is top secret. When criminals break in to steal his company’s secrets, he overhears the conspiracy devised to create chaos as a cover-up. Knowing he must do everything in his power to right the wrong, he sets out on a mission.

Surviving long enough to reunite with their families is all that matters. That… and stopping the zombie apocalypse before it destroys them.

Alathia is known to those around her for having an a long time love affair/obsession with Dr. Pepper, she has asked to be buried with a can so that it never runs out in the after life. Always bossy, she uses her mothering instincts to help others and share awareness of abuse in child and domestic situations.

A B.S. in History and English gave wings to her vivid imagination in book form. A supportive and loving husband has given her the chance to make her dreams a reality. Their three daughters and three dogs keep her busy while writing is a great way for her to wind down and destress.