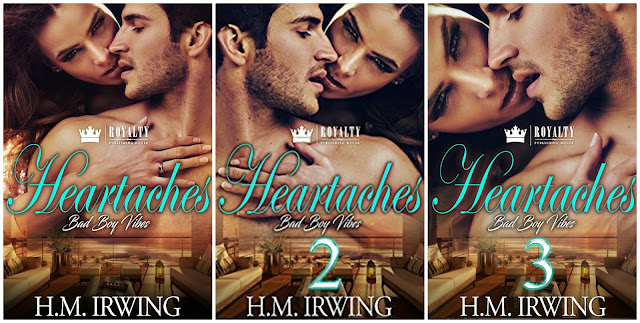 Anna Walters-Simmons has just lost her stepfather. For her and her mother, it’s no big loss; the abusive bastard had been nothing but trouble for the past eleven years. Unfortunately, his death has brought another trouble into their lives: Brian, Anna’s stepbrother who, for reasons still unclear, murdered his own father. When one of the few shimmers of goodness in Anna’s life—her boyfriend, Matt—rapes her, how will she survive the darkness these problems stir within her?

Oh, the tangled webs we weave—especially in fiction! Rafe and Anna are back, and this time, their hearts are not the only ones at risk of aching. With the return of Eric Dayton and the Prestons, Rafe, Anna, Pat, and their friends are on-edge and on-guard. And now that their flawless reputations have been tarnished, who knows what Rafe’s and Anna’s abusers/rapists will do for revenge. Will evil—and money and power—win out over good? Will the ghosts of their pasts drive a wedge between Rafe and Anna? And how will the relationships and drama of their loved ones affect them?

“You… destroy… me,” he couldn’t help saying between deep, wolfish kisses. “You… absolutely shatter me.” - Rafe Brown

The day of Aunt Bella and Peter Preston’s wedding is approaching, and Rafe and Anna know that they have to do everything possible in order to stop it. They have a plan which, thanks to a sly maid named Suzi, they might be able to pull off. That is, if their own emotional struggles with each other and the Prestons don’t get in the way first. What follows are 160 pages of conspiracy, tension, double-crossing, and, of course, sex and romance. Will good finally triumph over evil? Will the Prestons and Eric Dayton finally get what they deserve, and will Rafe and Anna finally get the peace that they long for? Most importantly, who will make it out alive?

“Stay away from her. Anna is mine.” Rafe glared down at him, his eyes going opaque, meaning business. - Rafe Brown

“She was mine first, brother,” Matt grinned back roguishly. - Matt Preston

What is your book about?

It’s a story that I hope addresses a lot of hard-hitting issues that has been plaguing society since the start of time. Sexual abuse and the victimization of those who have suffered the abuse is a matter that has been overlooked by too many for too long. I first penned this story and put it up on Wattpad in 2013.

Five years on and I am still advocating its need to be told- to be read- and most importantly – to be understood- in all its explicit glory. It is my hope that the experience will if nothing more, enlighten the readers to the plight of so many.

Heartaches Bad Boy Vibes the trilogy has been controversial from the very start. It invoked strong reactions from those who read it- but the focus was not where it should have been. Strangely enough, the focus was sadly on use of harsh language, on the explicit sex scenes, on Anna Simmon’s reactions to the pleasure and dependency she felt from the rape drug.

But despite the above, I believe Heartaches Bad Boy Vibes has been the success it was meant to be. The resistance to change is always adversary and I looked at each negative feedback as it was meant to be- a seed of change has been planted. Its growth will be watered by the penmanship of another who will pick up the cause and fly with it.

Why did you write it?

I believe it was a newspaper article of rape that triggered my action into penning down this story. Naturally there have been plenty of such articles, plenty of reported stories of rape, plenty of stories of parents worried for their sons and daughters being exposed to such abuse but as always, it would be that one article that would push my need to pen down a fictitious story- that I would naively hope – to end all such real stories.

The below is an extract of the statistics that I have sought out from a website that only served to give urgency to my written words.

Australia has one of the highest rates of reported sexual assault in the world, but support workers say the number of offenders facing court and receiving prison sentences is too low.

Australia has one of the highest rates of reported sexual assault in the world, at almost 92 people per 100,000 of the population, according to the United Nations. Another survey has quoted the Australian rate at more than double the global average.

According to the UN, Australia ranks below on South Africa in rates of reported rapes.

What did you hope to achieve with the telling of this story?

I am a dreamer at heart. I believe every reality must first be dreamt.

I dream of a world where sexual abuse and exploitation no longer exists.

And I dream of a world where sex is accepted as a natural bodily need.

That the very act, written or performed- explicit or not, is not actions or words that should be swept under the covers but boldly embraced.

There is nothing wrong with any kind sex if its consensual between two willing adults.

H M Irwing dabbles in inking out pages of creativity all with a purpose to tool her works into an armament that would broaden the minds and increase acceptance.