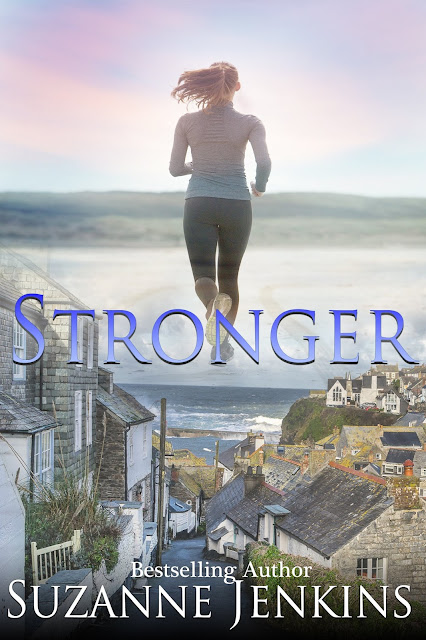 Karen Pruitt and friends came to New York on a long weekend holiday sponsored by the airlines she’d worked for, meeting FBI Special Agent Michael Calder at a bar in Greenwich Village. “I couldn’t help hearing your accent,” he’d said, a lame pick up line at best but truthful.

“We’re from England,” she replied, smiling, sweeping him off his feet.

His love for her took him by complete surprise. Not looking for a relationship, Michael was twice her age and a confirmed bachelor, which he later realized he should have stayed. Grumpy, crotchety, irritable were words used to describe him around the office. Everyone noticed the difference on Monday; he was glowing.

“Isn’t it the woman who is supposed to shine from within?” His boss, Jeremy Fisher asked, the other agents laughing at Michael’s expense.

But after eleven years, and three children later, Karen never adapted to life in New York, and she fled back to England without Michael. Broken-hearted, Michael isn’t alone for long, dating a woman young enough to be his daughter, who is obsessed by walking in New York Fashion Week.

When his team puts a mobster behind bars, no one in Michael’s circle of colleagues and family will be safe. Will Karen be able to forgive him when his job threatens her life?

Leaving her three children home alone as usual, she’d get in an early morning run. The sun was just below the horizon, a thin line of brilliant magenta fading to purple then to black overhead. Seeing the beginning of a beautiful morning was worth losing the sleep. It was about an hour earlier than her usual run. She had so much work to do that day that when her bladder woke her, she would take advantage of it and get an early start. Rain was in the air; she could smell it, a mossy, metallic scent, and the little bit of light at that hour lit a boiling sea, the whitecaps rolling in from as far as the eye could see.

“Maggie,” she whispered to her fourteen-year-old daughter, the oldest, “I’m going to go out for a run. I’ll be back in an hour.”

“What time is it?” Maggie moaned, her arm thrown over her forehead.

“Just six. I’ll be back in an hour,” she repeated.

Kissing her on the cheek, Karen Calder tiptoed out of the bedroom, out of the house, and into the frozen mist. Close to Cherry Lane, which lay between the house and a waist-high stone wall separating it from the Atlantic Ocean, she paused at the opening to a path that wound down the dune to the beach. She’d taken the path a hundred times, a thousand times, but at that hour the tide was still up a little far for a run.

The lane dead-ended just beyond the last cottage, so traffic was rarely a problem outside of the few year-round residents. A lone car, a dark, nondescript sedan, was parked down a bit behind her, but the lights flicked on, and it drove past Cozy Cottage. Even from a distance, the driver looked like a caricature, an Elvis impersonator, with a thick head of hair and dark glasses—odd for dawn. A cloud of exhaust in the cold trailed behind the car. Karen pulled her scarf up higher, laughing.

“People are so funny,” she muttered before stepping back onto the cobblestones.

Pacing her steps along the dusty lane, the air was cold enough that she could see her breath. The way stretched out ahead of her. It took a full mile to warm up, each step torture even for Karen, who was in excellent physical condition, and she longed to return home to her warm bed. She fought the battle to keep going until her muscles finally warmed up. Her breath matched her pace: ha in, na out, ha na, ha na, ha.

Running in the morning forced order upon her life—first caring for body and mind made her a better woman, leading to a better mother, friend, and colleague. Singleness was growing on her after two years, and she had no desire to integrate a man into her life with her three children. They were thriving, too.

The warm-up almost complete, no matter how many years she ran for health, that mile mark lurked ahead of her, and when she passed it, it was like magic. Legs limber, her body temperature comfortable in spite of the cold, Karen increased her speed, breaking into a sprint that she’d maintain for the next five miles.

Her scarf was up over her mouth, and it was soon saturated with condensation, so she pulled it down again, the cold air hitting her wet chin. In that maneuver, she was distracted, and he came at her from behind, grabbing onto her arm, knocking her to the ground with a blow to her head, and before she could scream, her mouth made contact with the pavement, teeth jarring, the taste of blood, and within seconds, she was out cold.

Suzanne Jenkins Bio Suzanne writes page-turning contemporary romance, mystery, and women's fiction with passionately gripping characters that stay with readers long after they turn the last page. The Detroit Detective Stories, beginning with The Greeks of Beaubien Street are a reflection of American fantasy with historical reality. Pam of Babylon books consistently rank in the Top 100 Best Sellers in American Drama with over 500,000 downloads. A retired operating room nurse, Jenkins lives in Southern California.