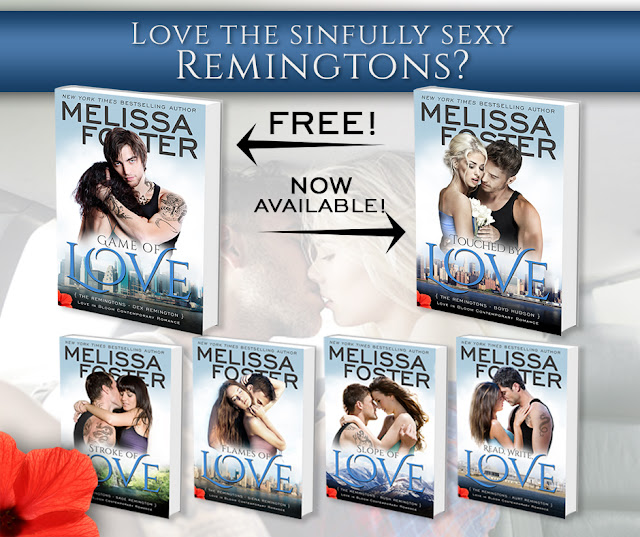 Kindle World is: Simply put, it’s fan fiction inspired by some of the best books, movies and televisions shows out there!  Fans get the chance to write a story that spins off of the series and submit it to Amazon. Amazon then publishes it and BAM! fans can download it and find out more about a certain world.  Sometimes one of those small characters you might have seen in one of the series stories will come to life in their own story, or new characters are born that are friends of main characters.  There are all kinds of ways for these worlds to grow.

5 incredible authors have written spinoff books based on characters from different books in the LOVE IN BLOOM series. These books are all featured through the Kindle World. Welcome to part 2!

PROOF OF LOVE
BY C.M. ALBERT

Dez Wright bed hops because it’s easier to let a man between her legs than into her heart. After the death of her college sweetheart in a motorcycle accident that leaves Dez with a bum knee and a shattered heart, she throws all of her passion and energy into the one thing that can't hurt her: her flourishing photography career.

Mitch Michaelson thought he was dead the day he wrestled a pissed-off shark snorkeling off the Hawaiian coast with a model whose name he can hardly remember. But the tryst in paradise cost him more than his arm; it destroyed his career as a famous iron sculptor. After years of intense therapy, Mitch is finally rebuilding a new life working with kids at the community center in his sleepy North Carolina town.

When Dez blows into Arden’s Glen looking to take his picture for some do-gooder coffee table book, Mitch wants no part of it. He's put his glamorous past where it belongs and wants nothing more than to lay low, help the kids in his community, and be left alone. When fate steps in and brings the two together to help their friends and a troubled kid in need, will a couple of photographs and a magical one-night stand be all the proof of love they need? Or will their two stubborn hearts stay hell-bent on keeping their walls in place and playing it safe forever?

I felt his presence before I saw him. A masculine energy washed over me while I stood there on the patio, daydreaming as I gazed into the dancing flames of orange and yellow that licked the wall of the fire pit.

“You must be the infamous Dez.”

I held my breath for a moment, on the precipice of knowing and not knowing. Afraid to face the curl of sexual energy tugging me in his direction. I heard his weight shift as he climbed the last step and joined me on the patio.

I turned to face him, a practiced, sexual smile curving on my lips before I could stop it. My eyes slammed into familiar, dark, piercing ones and the smile slipped from my mouth, crashing to the weathered floorboards beneath our feet. “Newman,” I hissed out. For some reason, the old Jerry Seinfeld reference tumbled from my lips with an ease I found disturbing.

His mouth turned up at the corner, amusement reaching his dark brown eyes. “Jerry,” he bantered, laughing. “Fancy meeting you here.”

“I’m surprised you didn’t run me off the porch first, since you’re so good at it.” I crossed my arms over my body, the chill of the night settling in my bones as I stood there, not sure what to make of this gorgeous man who was now staring me down.

“Wow.” He nodded his head, running his hand through his thick, brown hair before turning away. He gazed out at the woods, the lake nearly impossible to see under the blanket of darkness. He turned to face me. “This is awkward,” he said. “Can we start over? For our friends’ sake?”

I looked him up and down, my eyes caressing the jeans he was filling out nicely and the black sweater that hugged his chest with precision. He was even better looking over firelight than he’d been earlier in the day, but it wasn’t enough to sway my first impression of him. “I don’t know. It’s not every day I nearly get run off the road, plowed into at the market, and then almost made into roadkill all at the hands of the same man. I’m not sure I want to start over again,” I said with sincerity.

He scrutinized me for a moment, his brow crinkling in the glow of the flames. And damn if his thoughtful glare didn’t about melt my panties off.

“Look, first of all, you pulled out in front of me at the Vega Farm. I was driving down the street minding my own business when this”—he waved his hand in the air, grappling for the right word—“tourist, not familiar with our roads, pulls out in front of me and nearly made me swerve off the road.”

“Did you just call me a tourist?” I stepped closer to him and poked him on the chest. Not a good idea. It was a solid wall of muscle. I tempered my libido and steeled myself against his Superman good looks. “I did not pull out in front of you. You were speeding,” I huffed. “I was the one who almost landed in the ditch.”

He rolled his eyes. “You know I was only going about twenty, right?”

“You are so infuriating,” I seethed.

“And you are adorable when you’re acting all righteous,” he said. 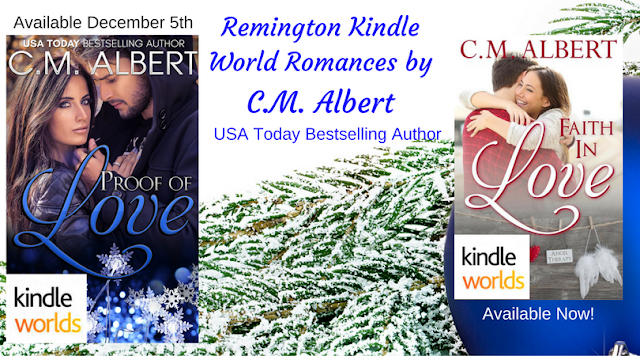 MENDED BY LOVE
BY STACY EATON

Josey Napier had given up on love after a longtime crush told her he loved her like a sister. Intent on staying busy at work as a surgical nurse to suppress the pain, Josey is shocked when she recognizes Tucker Wheatcraft, the police officer who saved a friend’s child from drowning, on her operating room table—fighting for his own life.

Four months after pulling a young boy from the freezing water while off duty, Tucker is struck by a car and shot. When he wakes up and finds the woman he’s had his eye on standing vigil over him, he’s thankful to be alive, but after weeks of therapy, Tucker still isn’t getting the feeling back in his legs, and the mind games are starting to wreak havoc with him. Can he ever be the kind of man that Josey deserves?

Two of the officers were sitting up, one with her arm in a sling close to her side, another with gauze wrapped around his head, but the third one grabbed my attention like a neon sign. The officer was on his back, his uniform partially removed, and several people were working around him even as they moved him into a treatment area.

I followed the crowd of people into the room, standing back and listening to what was happening. These people were trained for emergency room trauma. I wasn’t here to complete any medical procedure, just to oversee and have a good idea of what we had when he came upstairs.

His blood pressure was high, understandably the material of his pants on his left leg had been cut, and bone stuck out through the skin, damn. I stepped around the gurney to the other side to see what exactly they were working on and found several people fixated on his abdomen area.

I clenched my teeth. A gunshot to the abdomen was never good. There were so many organs that could be damaged. All that soft tissue to check would be hell in the OR. If the bullet had fragmented inside his abdomen cavity, it was going to take a while to find it all.

The ER doctors called out for tests to be done, and I stepped up to Paul. “Hey, Paul, can you order an X-ray of his abdomen while they are doing the leg? I want to know if the bullet fragmented, and if so, how badly.”

“You got it, Josey,” Paul replied and I melted into the shadows again. As I leaned against the wall, I looked at the officer’s face for the first time. He was staring at me, and my heart skipped as I recognized him. Oh, shit.

Normally, I stayed out of the way when it came to the trauma room, but his eyes screamed for help—or maybe he just wanted someone to tell him it was going to be alright. I approached the gurney, resting my hand on his forehead. “Tucker, hold on, okay. We’re going to do everything we can for you.”

He swallowed and gave the slightest nod before he closed his eyes and winced in pain as someone pushed on his stomach. A moment later, he bucked his body and screamed as his leg was shifted.

“His pressure is dropping,” someone called out.

“Tucker, hold on, you got this.” I glanced around the room. “Has he had any morphine?”

“Yes,” one of the nurses stated, “but he’s not responding to it.”

“We have a ventricular fibrillation! Get me the paddles!” Paul shouted as an alarm began to sound.

I stepped out of the way, staring at Tucker as his body went slack.

I grabbed a nurse as she brushed past me, “I need a favor.” She nodded. “Get in touch with Dr. Mark Ellis and tell him Tucker Wheatcraft is getting ready to go into surgery,” I glanced down at Tucker’s pale face, “and tell him it’s not good.” 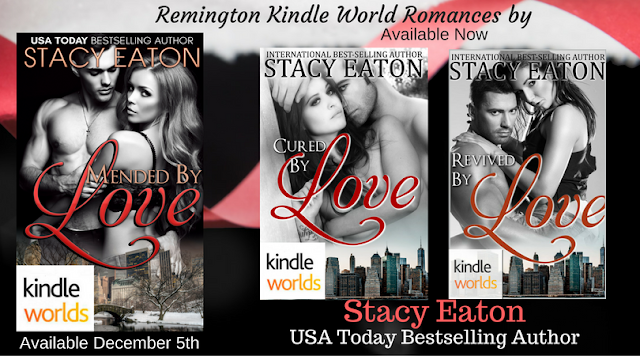 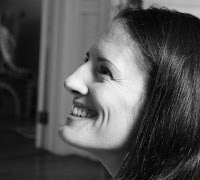 USA Today Best Selling Author C.M. Albert writes heartwarming romances that are both "sexy and flirty, sweet and dirty!" Her writing infuses a healthy blend of humor, inspiration, and romance. She’s a sucker for a good villain, but is a die-hard believer in everlasting love. In her spare time, she and her husband wrangle their two young kids and enjoy spending time outdoors. When not writing or kid wrangling, C.M. Albert is also a book editor, Reiki practitioner, chocolate chip cookie aficionado, kindness ambassador, and seeker of naps. You can find C.M. Albert online on Facebook, Twitter, Goodreads, Pinterest and Instagram.

Stacy is very involved in Domestic Violence Awareness and served on the Board of Directors for her local Domestic Violence Center for three years. Connect with Stacy on Facebook, Twitter, Pinterest, Google+ and her Website. Don't forget to sign up for her newsletter. 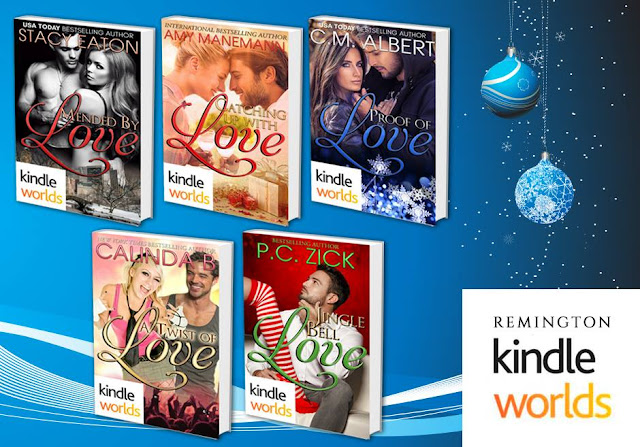