Release tour for Wrapped Up in You by Erin Bevan

WRAPPED UP IN YOU
by Erin Bevan 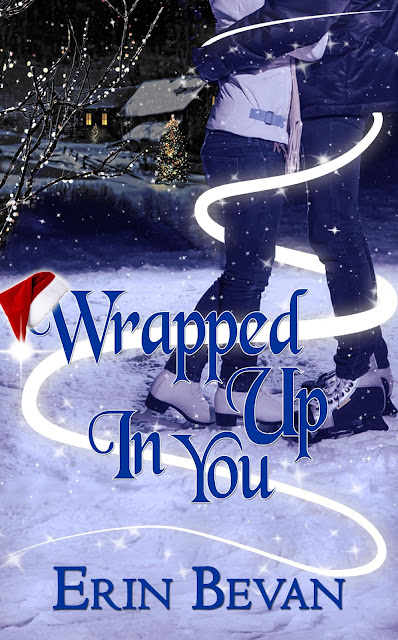 Princess Jenny Claus has thirty suitors to choose from to take on the role of Santa and her husband, and only three weeks to do it. When an outsider crashes into and destroys the toy factory, her Gala and the prospect of Christmas for children everywhere are ruined.

Logan Moss awakens from his plane crash, suffering from partial amnesia. Surrounded by a world he always considered make believe, he has a hard time accepting his new surroundings. Except for one snow princess who he’s deeply fascinated with. And when Logan realizes she only has three weeks to pick a husband, he begins to feel compelled to be that man. Problem is, he can’t remember if he has a wife.

With Christmas getting closer, Jenny has to make the hardest decision of her life...duty or love.

She gazed over the rest of his physique. Broad shoulders strained the stitches of his suit jacket, and from the looks of his chest, she would be willing to bet he hit North Pole Fitness on a daily basis. His grin showed snow-white, straight teeth, and a blush crept up her cheeks at his sparkling, undivided attention.

Her eye twitched again. Benigan must have thought she winked at him because his smile widened, and he twitched his eye back at her as he strolled away. She’d probably just filled the man with false hope. Then again, his chances seemed pretty great compared to the others, so maybe she hadn’t. Was this small flutter in her stomach love? Was this what all the hype was about?

She’d expected a bolt of lightning to shoot from the sky, something earth shattering that would flip her whole world on its head to point her in the right direction. So far, all she got was a flutter…

A loud BOOM suddenly shook throughout the cottage walls as the lights flickered overhead.

Okay, that was definitely earth shattering.

She sucked in a breath and spun around to glance at her parents. The orchestra stopped playing while the party guests ceased their mingling and began speaking in startled cries and hushed tones.

Her father stood from his white and gold throne to place his hand on the small of her back.

Sirens wailed in the distance as Peace and Joy, her father’s assistants, ran for the stage, each pressing a finger to their ear pieces.

“A plane has crashed into it,” Joy answered. “It’s on fire.”

Erin Bevan was born and raised in Southwest Arkansas. She spent her teenage years working for her aunt at the local gas station flipping burgers and making milkshakes dreaming of the day when something better would come her way. Fast forward ten years later, she found herself stuck inside an apartment in South Korea while her daughter went to preschool and her husband went to work. Alone and unable to speak the local language she turned to books for a friend. After reading a few hundred in such a short time, she decided to try her hand at writing one. That first one sucked, but by the fifth and sixth book, Erin started to get the hang of this writing thing. Getting the first contract in the mail was a dream come true. Now, with three babies at home, she squeezes in stories one word at a time, one sentence at a time, one day at a time.  She’s a full time mom, a full time wife, with a little writer sprinkled in whenever she can get the chance.