Release Tour for A Witch's Holiday Wedding by Tena Stetler 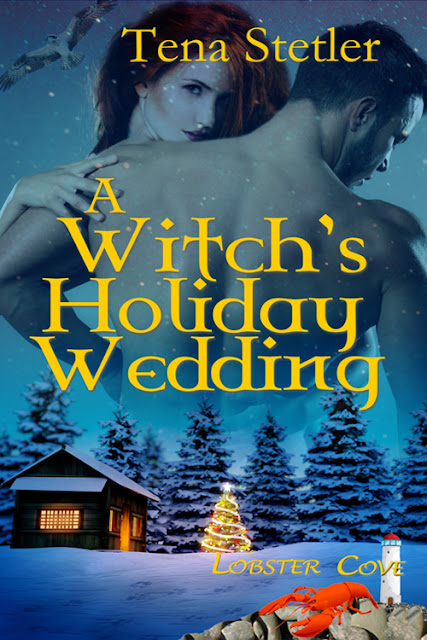 Elemental witch, Pepper McKay and former Navy SEAL, Lathen Quartz have built Lobster Cove Wildlife Rescue and Rehabilitation Center on enchanted McKay land. During a romantic interlude on Halloween night, Pepper happily agrees to become Lathen’s wife. What better day than Winter Solstice for their wedding in a town that loves celebrations and Christmas. However, planning a wedding and operating their wildlife center takes a toll on both Pepper and Lathen.

When the couple takes a much-needed break for Thanksgiving with family in Colorado, a Maine snowstorm fills the center with injured wildlife. Lathen finds himself drawn into a covert military mission, while trying to deal with issues concerning friends and family. Pepper wants to cancel the wedding. Is she having second thoughts? Will the nosy McKay ghosts, Lathen’s werewolf pack, Pepper’s parents, and her best friend help or hinder the wedding and holiday plans?

A strong arm whipped around her waist, the air whooshed out as she squealed. Pepper balled up her gloved fist as a large warm hand wrapped around her wrist. "I've seen you defend yourself. Not going to chance it." A deep voice chuckled behind her.

He spun her around and covered her cold lips with his warm ones. Werewolves run several degrees warmer than most of the population, one of the many things she loved about him. She relaxed into him, their parkas making a wisping sound as the material rubbed against each other. "That's better," he murmured against her lips.

All at once the lights in the town square blinked on. Low positioned red and green laser light decorations sparkled over the snow-covered ground and onto the gazebo complementing the white lights. From the other direction, a blue laser sprinkled tiny snowflakes across the building. Evening fell quickly in December.

"This is absolutely beautiful," She breathed against his chilled cheek and whirled out of his hold taking in all the lighted decorations not visible earlier. Then she pointed toward the bulletin board. "I've been reading the town's holiday events, Lobster Cove really embraces Christmas."

"Told you." Lathen said smugly. "Even some of the boats docked in the harbor are decked out with colored lights."

Pepper McKay comes from a long line of powerful witches. Unfortunately, magic brings her nothing but trouble. She learned the love of wildlife rescue and rehab from her Aunt Ashling. After graduating from college, Pepper works for Salem Wildlife Sanctuary and lives from paycheck to paycheck until she inherits the McKay property in Lobster Cove. With the family land and resources, she dares to dream of starting her own wildlife rescue and rehabilitation center.

Lathen Quartz, a former Navy SEAL turned handyman maintains the enchanted McKay property for the McKay estate. But someone is trying to steal the McKay magic. Lathen offers to help Pepper achieve her life-long dream of building a wildlife center. During the long hours spent together on the project, their mutual attraction can’t be denied. But each harbors a deep, dark secret. Will they overcome their demons and give love a chance? 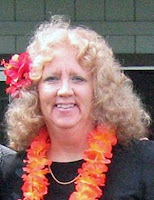 Tena Stetler is a paranormal romance and cozy mystery author with an over-active imagination. She wrote her first vampire romance as a tween, to the chagrin of her mother and the delight of her friends. With the Rocky Mountains outside her window, Tena sits at her computer surrounded by a wide array of paranormal creatures telling her their tales. Colorado is her home; shared with her husband of many moons, a brilliant Chow Chow, a spoiled parrot and a forty-year-old box turtle. Any winter evening, you can find her curled up in front of a crackling fire with a good book, a mug of hot chocolate and a big bowl of popcorn. During the summer you can find her cozied up around a campfire with a good book.