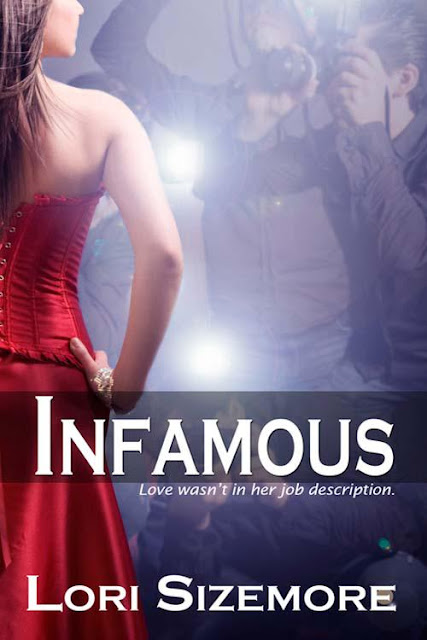 Justine Montgomery, daughter of a divorced beauty queen and TV magnate, is a tabloid disaster after her infamous sex tape. She’s so desperate to help save her family’s home she turns to her deal-making dad. Can she prove to him she’s cut out for a career in television or will she lose it all?

Sawyer has his own past and a successful career is his only goal. Seeing Justine fail would mean the promotion of a lifetime, but things get complicated when he develops feelings for her. Suddenly, the lines between work, life, sex, and love are blurry.

They will have to overcome the bitterness of a rejected ex, the controlling actions of her father, and the half-truths they’re telling one another to forge a lasting partnership both on the job and off the clock. 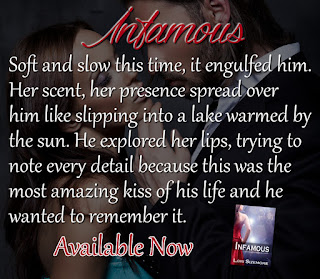 Justine put her fists on the bed and dipped her head until they were cheek to cheek. Turning to face him, she let her lips skim across the stubble on his cheek. A short sound escaped him at the touch. So like a growl, it inflamed her. She’d wanted to experience all of him, to touch and taste, a savage need to possess him took over. To take his mouth, to take him inside of her, until she drove all thought from him, the way he’d done to her. His scent flooded her senses, leaving her breathless, as she sought his kiss.

He pulled back to look at her, his eyes as unreadable as ever. He lifted his hand to her cheek and stroked her bottom lip with his thumb. “What is it?” she asked, her breath still coming in uneven bursts.

“I don’t want to give you the wrong idea.” His hand dropped and he eased himself from the mattress.

He crossed behind her, to the door, and she twisted on the bed to look at him. Her robe gaped open with the movement, and she yanked it together with a hand, exposed now.

But he wouldn’t meet her gaze, wouldn’t look at her at all, so it didn’t much matter. He looked at the TV, the window, the floor. Everywhere but at her. “About us.” Finally, he let his gaze rest on her.

Justine flinched slightly, and she hoped he hadn’t noticed. She forced herself to maintain eye contact. “You should go now.”

Sawyer spoke her name, his voice soft and full of pity. For her.

“Don’t. Don’t say it like that. Pathetic Justine, so unwise when she chooses a lover.” Justine climbed off the bed and walked the ten steps across the room to stand in front of him. “You know, I never thought I’d meet anyone more emotionally broken than me.”

“I’m trying to do the right thing here, which is a pretty novel experience for me, so…give me a break.”

Justine whirled away, grabbed his jacket off the chair where he’d dropped it earlier, and threw it at his head. “Get. Out.”

Sawyer caught the jacket before it slapped him upside the head, which disappointed her. He opened the door and then wrenched back around to look at her. “This is twice I haven’t taken advantage of you when you threw yourself at me. Next time, I’m using you for sex. You couldn’t possibly be more pissed by that.”

The door slammed behind him, and she jumped, staring at it for the longest time. She couldn’t get back in that bed, not now. She’d been so foolish, attributing feelings to him he didn’t have, to rationalize her own desires were getting the best of her. 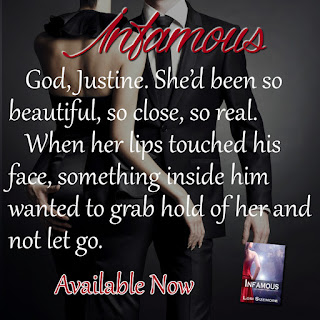 Tell the readers a little about you.
I’m a former social worker. I worked in mental health for ten years and have a B.S. in social and behavioural science, which I think helps me be a better writer. I’ve been married for 20 years and have three daughters.

What genre you mostly write in and why?
I mainly write contemporary romance with a healthy dose of rom-com. I can identify so much more with the struggles people face today than those of any other time period and I feel like I can tell really crunchy, interesting stories in this genre.

What inspired you to write your first book?
Infamous is my first book. I wanted to write about someone who seemed so unreal and out of touch with reality and show that she’s just a normal person, like everyone else. Her daily struggles came to me as I tried to compare her to what my life or a friend’s life would be like thrust into a situation that made our own painful secrets public fodder.

When did you first, without hesitation, call yourself a writer?
When I started writing every day, on a schedule. There’s this saying that gets thrown around a lot: writer’s write. You can call yourself one and not be one if you never put down words. Conversely, you can be scared to own the title, but if you write every day—you’re a writer. I was proud of my dedication and productivity so I decided I’d earned the title “writer.”

How much of your books are realistic?
While this first book (that’s part of a coming trilogy) is set in a New York television studio with celebrities, I’d still call it a realistic look at life. There are problems, some that all of us face, like paying bills, and others that are more in-character (like how everyone has seen the main character naked and how difficult it is to go to the drug store knowing that). But it’s a real look at life.

What book are you reading now?
I just finished Hold Me by Courtney Milan. I felt it was a realistic look at being different, and how that changes everything.

What are your current projects?
Currently, I’m editing the second Infamous book, tentatively titled Unexpected. I’m also editing a trilogy of novellas I wrote set in 1958 Las Vegas. There will hopefully be a lot of new published stories from me in 2017 as these stories finish edits.

Do you see writing as a career?
Writing is my career. It’s my passion as well as the thorn in my side on a daily basis. It’s the best job I’ve ever had and I’m so fortunate to be able to pursue it to the exclusion of other jobs.

Did you learn anything from writing your book and what was it?
Everything comes back to family, for nearly everyone. They’re not perfect and sometimes their love can be constricting and hurtful, but if you bang your head on the wall enough, those walls will eventually crumble and you're left with the people who loved you all along.

What were your goals and intentions in your books, and how well do you feel you achieved them?
My goal is to show real people, with real problems, sometimes serious issues who find out that they’re perfect exactly as they are. It’s to show that love isn’t supposed to change us, but help us be our best selves. I think I achieve that and if I didn’t, I’d consider my story a complete fail.

What did you enjoy most about writing this book?
The glamour. I researched real designer clothing, real five-star restaurant menus, real fancy homes in New York. It’s a world away from my daily life, in rural West Virginia. I wouldn’t know a designer tag in my own clothes, but I knew exactly what Justine and company would wear to any given occasion. 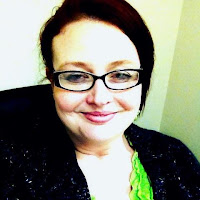 Lori Sizemore grew up in the mountains of West Virginia and never quite managed to escape them. Lori lives at home with her husband of twenty-plus years and two of her three daughters. She also lives with two dogs, a cat, and five hermit crabs. Yes, five of them. This menagerie and her family keep her busy. She worked in mental health as a social worker for ten years before making the choice to write full-time. 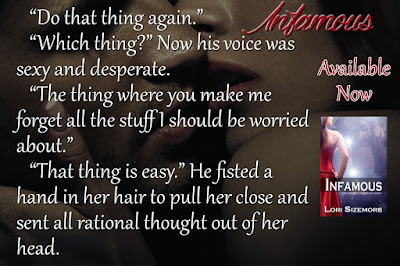