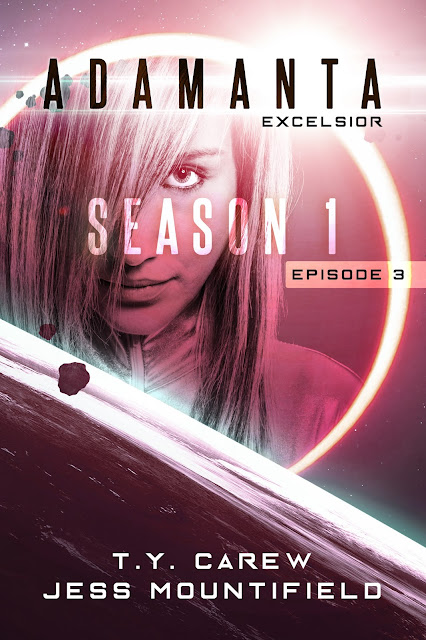 Xander's new mission puts his crew into the path of a Beltine hive ship. No one has survived such an encounter before.

But then, no one else has highly skilled Adamanta-equipped fighters on board, either. Even so, choosing to pick a fight with the Beltine is not a clever idea. Will the humans make it out alive once they enter the lion's lair?

Join Xander, Mattie and her friends on this fast-paced adventure to find out.

“Get that door open, now!” Matt launched into action, not waiting for the Beltine to react to her presence. Using four of her swords as deflectors for the laser fire, she charged at the Elite Dairos. Less than a second later, she heard a pulsing alarm start up. There would be no more sneaking aboard this hive.

Two of the Dairos were dead, leaving Matt to fight six more. Thankfully, she'd closed enough of the distance between her and them that they all focused on her, and four of them backed up to try and shelter the other side of the doorway. Laser blasts flew everywhere, bouncing off her swords and the Dairos' shields.

Matt grunted as a shot caught the side of her left arm. As the pain spread, she almost dropped the sword she carried on that side.

“Hurry up, Drew,” she yelled, not daring to take her focus off the Beltine to check his progress. She needed help. Drawing the fire in her direction and standing out in the open reduced her to defense only.

Gun blasts from behind her let Matt know she was finally not alone. Drew had let Xander and Trey onto the hive ship. The two Elite Dairos this side of the door soon lost their lives. Matt advanced on both with her body and her swords, pushing towards the door and pressuring the remaining Dairos to make a mistake.

She was less than ten meters away, still deflecting laser shots and forcing the Dairos back, when a shot from Drew went wide. It struck the panel of buttons, sending electricity crackling across the surface. The door slipped down half a foot and stuck in place before jerking down another few inches.

With all her swords on the other side of the door, Matt knew there was only one response that made sense. She pushed herself into a full sprint and dived through the gap. From her prone position on the floor, she heard the door snap shut.

Leaping up, she brought her swords in close. The remaining Dairos hesitated, whichever Kyraos controlled them evidently not having expected her reckless act. She seized the few seconds it bought her and used her mind to remove another head with the nearest floating sword. Before she could deal with the last three, they opened fire again, forcing her to defend herself.

She rolled to one side, towards the nearest Beltine, and pulled another sword from the sheaths on her back. At the same time as slicing the gun-wielding arm off the Dairos, she managed to deflect a shot back into the chest of another. The third Dairos hesitated again, giving her plenty of time to run her sword through its torso and finish off the Dairos already bleeding out beside her. She found herself hoping the Kyraos in control had felt the pain of each of them dying.

A team of humans is willing to face almost insurmountable odds to save the human race from annihilation. But quite how safe from discovery and attack is the planet the research team has been secluded on?

The mining shafts on Kudos have been producing increasingly smaller quantities of the mind-controllable Adamanta, but when you're fighting an undefeatable enemy you have to use every advantage you can gain.

Colonel Xander and his crew are there to secure as much of it as possible for the human military force. When an explosion traps three of the crew in the mine, the race is on to save them as well as ascertain whether the small operation is under attack from the formidable Beltine.

The explosion might have been written off as an accident if Marx, the Kudos safety engineer, hadn't found evidence of Xander's own transport pod having been rigged with enough explosive to destroy the whole mine and every breathing being in its vicinity.

Who would want Xander and his crew dead? And what deadly secrets does Marx harbor?

Anathema is hailed as humankind's salvation. But is it?

A team of investors insists Anathema is the safest planet for our race. And Dr. Lake's team regularly sends reports from the surface of the planet, highlighting all the ways in which humans would thrive there. Even better, the almost invincible Beltine never go near it.

In the dog house for losing the Excelsior, Xander and his team are sent ahead to prepare the planet for human colonization. With trust at an all time low, they have only themselves to rely on, but is that enough?

What will happen to Xander and his team when even their faith in each other is put to the test?

This episode was written by Jess Mountifield. 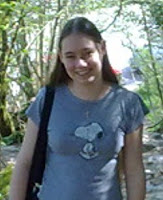 Jess was born in the quaint village of Woodbridge in the UK, has spent some of her childhood in the States and now resides near the beautiful Roman city of Bath. She lives with her husband, Phil, and her very dapsy cat, Pleaides.

During her still relatively short life Jess has displayed an innate curiosity for learning new things and has therefore studied many subjects, from maths and the sciences, to history and drama. Jess now works full time as a writer, incorporating many of the subjects she has an interest in within her plots and characters.

When she's not working she can often be found with friends, enjoying a vast array of films, ice skating or trekking all over the English countryside.

You can find out more about the author and her upcoming projects by following her on twitter or facebook, or at her blog.

***WRITING OPPORTUNITY***
Would you like to write an Episode?
The Adamanta project is all go now. The third episode is out on pre-order, and episodes 4 and 5 are almost ready. We're going for 6 episodes a year, and we have one slot left for this year, and of course, spaces from next year onward.
We have collated an Author Info Pack, which you can look through if you are considering contributing to this ongoing series. Genre: sci-fi. Length of episode: 20k words approx. Stay in the Adamanta world, but write your story. You have a core of ready characters, but can write your own and use as many or few of the original ones as you like. We'll need to keep the series consistent, but other than that you have space to play.
What we're looking for: good story, good writing, adherence to deadlines and a willingness to help promote the whole series.
Ask EllaMedler@papergoldpublishing.com for the link to the Info Pack if you'd like to have a look.
Posted by Unknown at 05:00