The last three years have been an incredible journey. I've made so many friends who began as bloggers, readers, and authors. I have been privileged to present and showcase new and old books from seasoned and new authors. I've learned so much I didn't even realize I should know prior to getting into this business. And after three years I can honestly say I'm still learning, I'm still growing, and I'm still making friends. I love and appreciate all of you who have supported my little slice of heaven. From the bottom of my heart, thank you.

Comedy is a literary genre and a type of dramatic work that is amusing and satirical in its tone, mostly having a cheerful ending. The motif of this dramatic work is triumph over unpleasant circumstance by creating comic effects, resulting in a happy or successful conclusion.

Thus, the purpose of comedy is to amuse the audience. Comedy has multiple sub-genres depending upon the source of the humor, context in which an author delivers dialogues, and delivery methods, which include farce, satire, and burlesque.

Please enjoy these books that focus on comedy and all the sub-genres. The list is available in alphabetically order by title. 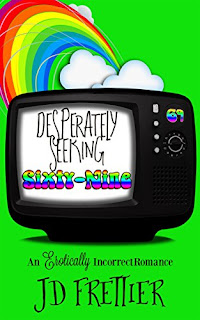 The year is 1969. Though there is war and unrest in the world, on August 15th, on a farm in upstate New York, a little concert will go down in history as the most famous music festival of our time: Woodstock.

It also happens to be the day Bonnie McMillan and Peter Hampton meet and begin their free-spirited love-filled journey with each other. What happens at Woodstock stays at Woodstock, right? Nope!

Fast forward forty-seven years. Bonnie unexpectedly passes after a night of hot sex and is whisked up to Purgatory, 'The Green Room' as they call it. Bonnie's best friend meets her at the pearly green gates and the fun begins, from body sculpting to channeling.

Follow Bonnie on her erotically incorrect quest to re-connect with the love of her life. Or at the very least, make sure the sex toys are hidden before the kids start sorting through her things! 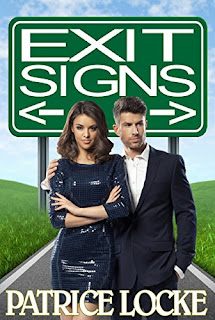 Tracy Price is a serious researcher. Then she meets minor rock star Jesse Elliot and the only question she wants to ask is, “May I sit on your lap?”

He’s trying to write a memoir that will bear his soul without invading his privacy and Tracy is trying to track a writer who vanished more than 70 years ago.

It all takes place in New Mexico, where Tracy has been happy with her uncomplicated life until Jesse rattles her brain and rocks her sanity. He decides she’s demented, and she believes he wouldn’t recognize the truth in a lineup of Bibles. Their only hope is to stop trying to read each other’s minds and start speaking their own.

And solving the mystery of the writer who’s been missing for more than 70 years may be the key to solving their differences. 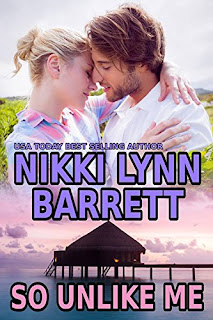 So Unlike Me (Winning Your Heart #1) by Nikki Lynn Barrett

How to survive an unexpected breakup with your ex-fiancé on national TV:

1. Hide out under the covers at home.
2. Let your agoraphobic twin sister talk you into going to Paris in her place!

Lizette Monroe would be crazy to turn down her sweepstakes entering addicted twin's offer. Paris, France? It's the perfect getaway after all she's been dealing with. All she has to do is pretend to be Nola. Can't go wrong there, right?

Too bad it's not France, but a small town Tennessee town. Still, it gets her out of the public eye for awhile.

Enter problem number one in the form of Dirk Ramsey, Nola's childhood best friend. He's grown up, gorgeous, and has eyes for her, except he thinks she's Nola. Lizette wants nothing more than to tell him the truth, but Nola's embarrassment and shame over her current condition has her begging Lizette to keep up the charade.

It wouldn't be so hard if Dirk's touch didn't awaken a part of her soul she thought was lost. Did he really have to be there at every turn, especially when the truth is closer to coming out? And when Dirk does learn he's been reminiscing with the wrong twin- the one who didn't pay much attention to him back then, will that ruin a chance to get to know the man Lizette is now having romantic feelings for?