Release Tour for The Bells of Winter boxset 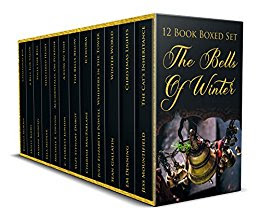 The Bells are ringing for the turn of the year, so grab a hot toddy, a warm blanket, and this collection of beautiful stories to warm up your heart and soul. These are all clean, family-friendly, inspiring reads in many genres, great for entertaining anyone from lovers of fantasy to the more serious mystery reader.

Add this collection to your kindle now. And while you're at it, gift it to Grandma, too.

A Bell for Valor by Holly Barbo
Mari is hired to research a mummified bog-man found in an ancient peat field, unaware a 700 year old grudge is still alive

Christmas Lights by E.M. Denning
Despite Sam's commitment to not get close to anyone, Chris forces his way into Sam's life. Chris' friendship feels like a Christmas miracle and Sam finds himself wondering if he dare reach for things he’s never even had the courage to dream about.

The Bells Below by Suzy Stewart Dubot
Eleanor has exchanged church bells for service bells in an aristocratic mansion. Her future looks bleak until a chance meeting in a lending library sparks an ember of hope.
Dare a spinster dream?

Winter World by Sean Gallatin
Another time, a world deep in winter where the sound of bells bring her no comfort. She has a mission. A man from off world and Colonel Yselda will cross paths in the blinding snow.

Accidentally on Purpose by Michele G. Gwynn
Accidents happen, or so Cara Delavine always thought. After all, she’d spent her entire life tripping over her own two feet and apologizing for it, but when her curse harms another, it changes everything for the soft-spoken young woman.
Beau Hamilton is a star athlete, the celebrated golden boy for the Vancouver Canuck’s, but his career gets blindsided by a cheesy twist of fate that leaves him not only unable to see his way forward, but unable to see at all!
Two lost souls in need are about to be brought together by three nosy sisters in this warm-hearted winter romance that proves everything happens for a reason, if only Cara can bravely stand up to the angry but handsome Beau, and only if Beau can forgive the person who robbed him of his sight.

A Cow in Time by C. Forrest Lundin
Zeb didn't listen to his intended. Injured and without a horse, he has to depend on a cow to get him home. He always thought of himself as a cowpuncher, but this was ridiculous. In the 1800s getting stuck on the wrong side of the Grande Ronde River without a horse, injured and alone is life threatening.

Iceworm by Cherime MacFarlane
Is her mother tired of living at the end of a dirt road the state closes in winter? If her mother intends to leave, Ida isn't going with her, and the old cabin will be a good place to hide.

Shattered Heart by Ella Medler
The frozen heart with its vicious curse slices its way through time to a plague-hit London. Dodo, guardian of Calidora, ruler of time, has a momentous decision to make—save himself or sacrifice his life to save humanity.

Christmas Joy by Regina Morris
Jake needs to clear out his father’s old cabin and sell it. He’s prepared to deal with the freezing cold weather and the remote location, but not with the sexy woman, who was once his late father’s nurse, still living in the place.

A Cat's Inheritance by Jess Mountfield
Just who is heartless enough to kill a cat for money? It's up to Wilson, a private-detective on his first case, to solve the mystery. Getting a date for the family Christmas party, well, that's just a bonus.

Whisper in the Tower by Julie Elizabeth Powell
Listen to the whispers of the tower and discover Amara’s fate.
A fantasy tale told from an unlikely source

Tolls the Bell by Maxine Murphy
Her family drives her crazy. But on a cold dark night, the chapel and the bells lead her to a terrible realization.

Holly Barbo's world is shaped by her love of family, the beauty of the nature and an irrepressible curiosity that frequently has her turning over rocks and questioning what she finds. This sometimes sends the reader down a rabbit hole into an alternate view of the world than what they expected. Holly’s mind can be an interesting place.

E.M. Denning is a writer from British Columbia. She loves her family and animals, and anything cute and fuzzy. She writes romance for the 18+ plus crowd because she's both a hopeless romantic and a dirty old woman.

Suzy Stewart Dubot is an Anglo/American who has lived in France for over 35 years, she was encouraged to write in 2010 when reading a poorly written Regency romance. She felt sure she could do better, and hopefully she has. Although discovered late in life, it is now a passion lived to its fullest.

Sean Gallatin has lived in Alaska since he was a small child. A very private person by nature, some Alaskans are like that, he tends to keep his personal life to himself. An ex-Navy man, on returning home he found music to be his first love. While playing in a band, he has seen the seamier side of Alaska up close. During the late 1980s and early 1990s, Anchorage was still trying to come to grips with having a fire hose nozzle of oil money flowing freely. Sean got to watch a lot of people and situations from the stage. It is surprising how people tend to ignore the band. There are more tales waiting to be told.

Michele E. Gwynn has loved writing stories since the third grade when she created her first book as a class project. She's come a long way since then. She has several series published independently.

C. Forrest Lundin is a lover of all things having to do with the wilderness and the west. History and research are another of his favorite things. And he's pleased as punch to be part of Paper Gold Publishing.

Cherime MacFarlane is a prolific multi-genre author, she has a broad range of interests that reflect her been there-done that life. Romance, Historical Fiction, Fantasy, Paranormal, all sorts of characters and plots evolve from a vivid imagination.

Ella Medler is a U.K. author and editor who lives in a corner of Heaven, on the south-west coast of Ireland, overlooking the Atlantic. She writes fiction in many genres — some after her own tastes, and some to make her readers happy. Sometimes, those two happen to coincide.

Regina Morris is an award winning author who writes the sensual paranormal romances that make up the COLONY series. She also writes some contemporary sweet romances and fantasy/time travel stories. The romance in these are light/sweet.

Jess Mountifield was born in the quaint village of Woodbridge in the UK, has spent some of her childhood in the States and now resides in the beautiful Roman city of Bath. She lives with her husband Phil and her very dapsy cat, Pleaides. Jess can often be found either in a cafe, grinning behind a large mug of hot chocolate, at her desk, getting annoyed with her cat for sitting on her keyboard, or on her comfy corner sofa with friends, enjoying a vast array of films.

Julie Elizabeth Powell can't ignore her dreams, so many of them, with names and places and ideas that spark her imagination and compel her to write; to create stories, whether fantasy or horror, or mystery or psychological thriller or murder or even humour and adventure. So, Julie's garden is sown, flourishing, with all manner of growth, and still the dreams come.

Maxine Murphy A very private person, Maxine writes what is in her heart. It's not always comfortable or sweet, but it is authentic. She keeps her home life out of the public eye. 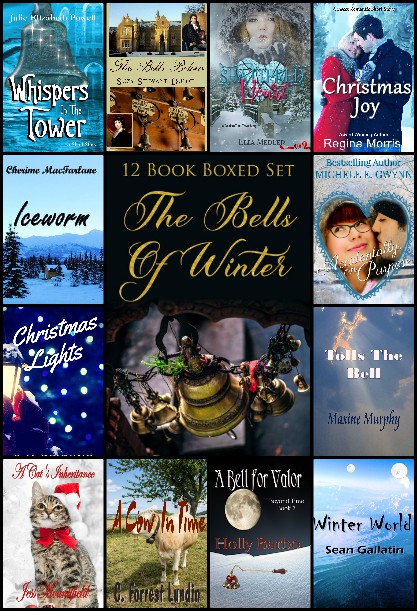