The last three years have been an incredible journey. I've made so many friends who began as bloggers, readers, and authors. I have been privileged to present and showcase new and old books from seasoned and new authors. I've learned so much I didn't even realize I should know prior to getting into this business. And after three years I can honestly say I'm still learning, I'm still growing, and I'm still making friends. I love and appreciate all of you who have supported my little slice of heaven. From the bottom of my heart, thank you.

Erotica is a genre of literature that includes sexually explicit details as a primary feature. Though the distinction might be blurred in modern works, erotica traditionally contains more sexual details than romance novels.

Please enjoy these books that focus on erotica and all its sub-genres. The list is available in alphabetically order by title. 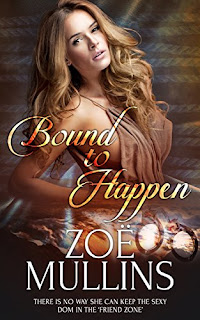 Bound to Happen by Zoë Mullins

Jaymie knows better than to date her best friend’s brother, but there is no way she can keep the sexy Dom in the ‘friend-zone’.

You don’t date your best friend’s brother. At least not without prior permission from said friend.

Jaymie left Port Ellis for the big city, but she remained a townie at heart. After pinching pennies and clipping coupons, she and her best friend Melissa have enough cash to move home and open The Mudhouse Café. But where there is Mel, there is her sexy older brother Maxwell, who Jaymie has been crushing on since high school.

When Jaymie discovers Maxwell is Master M, the online Dom she’s been chatting with for months, her first thought is ‘yippee’. Then reality hits. She can’t risk her friendship with Mel just to date Maxwell. She should keep him in the friend-zone but she is destined to be in his bed and under his kinky control.

Maxwell’s divorce offers him a new beginning in his hometown and the freedom to explore what it means to be a Dom. He never guessed his online submissive, Jay, was his little sister’s best friend. She is almost like family and she should be off limits. But he’s done denying what he wants, and what he wants right now is Jaymie in his bed, preferably tied to each corner.

It may have taken them years to get to this point, but it was always bound to happen. 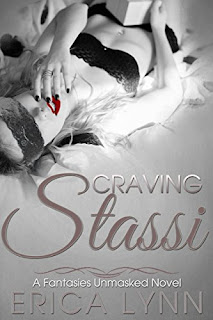 Stassi Sanderson knows what it’s like to be alone. Her father left when she was six-years-old; her mother did her best, but may as well have gone with him. Those hard times taught her a valuable lesson: people always disappoint.

As much as Stassi would prefer he be nothing more than a party favor, Alec is determined to show her the kind of man he is. A man who will love her, protect her, and never, ever leave. 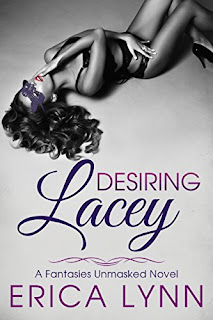 Lacey Wilson is a lot of things. She’s beautiful. Sweet. A little sassy. And about to be divorced. Now, on the verge of turning thirty, she’s on a mission to find herself, both emotionally and sexually. No attachments. No baggage. No problems. But when her best friend convinces her to attend a private party, where masked men and women go to have a little anonymous fun, she finds herself staring into the eyes of the most incredible man she’s ever seen, and caution gets thrown to the wind. After all, what’s just one night?

Cameron Jennings likes to keep things simple. He helps out at his father’s garage during the day, then goes home to a few beers and TV. No muss, no fuss. Until one night when he’s working as the doorman at a private party, and meets her… Once he slips the purple mask over Lacey’s eyes and gets a taste of what she has to offer, he’s done for.

With Lacey on a mission to rebuild her life, and Cameron completely infatuated, will she be able to convince him they could never have a real future after the way they met? Or will he prove her wrong? 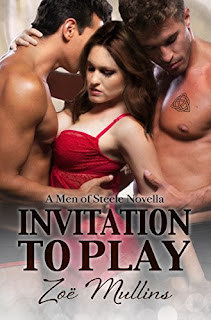 Deacon has never been the jealous type. Sharing his sub was an integral part of their relationship, especially before they were married. It’s been a year since they’ve invited another to play with them, but then Deacon and Sherri meet Kai, the intriguing ex-Air Force Captain turned tattoo artist.

Kai didn’t care if people thought he was gay, but having his father – the Colonel – shame him publicly for it was more than Kai could take. He moved across the country to start an honest life. He didn’t expect that life would include a new relationship.

Kai isn’t sure where he fits into Deacon and Sherri’s relationship – they didn’t need a bisexual Dom with a chip on his shoulder… or did they? 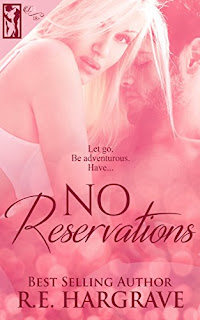 No Reservations by R.E. Hargrave

Selena and Dakota Derringer have been trying to get pregnant for a year without much luck. When their latest test is once again negative, they accept an invitation from old friends for an adult weekend away instead of letting it get them down.

Selena’s old college roommate Trinity Marshall, and her husband Joey, are both thrill seekers. In and out of the bedroom. When the couple suggest more than just wine and talking, will the Derringers accept their friends’ special proposition? What will come of their actions if they do?

Sometimes in life you just need to throw caution to the wind.

Let go.
Be adventurous.
Have no reservations.