Message from Tami:
The last three years have been an incredible journey. I've made so many friends who began as bloggers, readers, and authors. I have been privileged to present and showcase new and old books from seasoned and new authors. I've learned so much I didn't even realize I should know prior to getting into this business. And after three years I can honestly say I'm still learning, I'm still growing, and I'm still making friends. I love and appreciate all of you who have supported my little slice of heaven. From the bottom of my heart, thank you.

Historical in traditional literary terms is when the plot takes place in a setting located in the past. Historical fiction can be an umbrella term; though commonly used as a synonym for describing the historical novel; the term can be applied to works in other narrative formats, such as those in the performing and visual arts like theatre, opera, cinema and television, as well as video games and graphic novels.

Please enjoy these books that focus on historical and all the sub-genres. The list is available in alphabetically order by title. 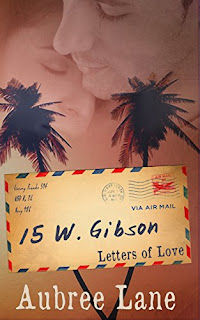 Knowing Uncle Sam is about to come knocking, twenty-one year old Jimmy Franks saves the government the cost of a stamp and preemptively enlists in the Navy. He loads up on stationery and pens, and with a heavy heart, kisses his lovely bride goodbye. Leaving his precious Suzy is the hardest thing he’s ever had to do.

Pregnant and left alone to deal with their feuding families, Suzy Franks is heartbroken when Jimmy ships out for the Mariana Islands. Knowing Guam is considered safe and that she will eventually be able to join him offers her little solace. Suzy's mettle is put to the test. Her husband's letters of love brings comfort, but 15 W. Gibson is a lonely place without him. 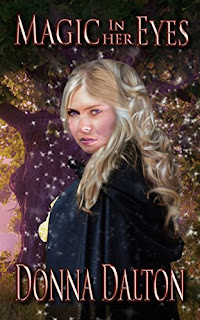 Magic in Her Eyes by Donna Dalton

Meredith Talbot has a secret. In fact, she has nine secrets – her own and those of the eight orphans at Seaton House, a home for children. Each of them has a special talent that if exposed would get them labeled as witches. It is her responsibility to protect the children and their secrets and keep them safe from persecution. Marauding Indians force them into a nearby fort where their safety is threatened by fanatical townspeople and a captivating army officer who try to unmask the children's extraordinary abilities.

Lieutenant Preston Booth has one goal – to serve and protect his country. The military is the only life he has ever known. It’s the only life he wants. When a child is abducted and Preston goes after the culprit, Meredith has a vision of what will happen to him.

Does she risk everything by exposing her gift? Or keep her secret and risk losing him forever? 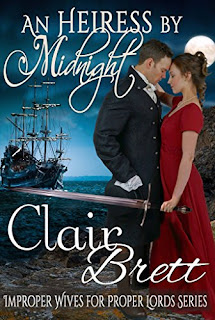 An Heiress by Midnight by Clair Brett

Lady Louissa Adair was raised by her uncle to be anything but a lady, spending hours scrubbing the decks of his ill begotten ships. Now, he has tasked her with a more deadly task. If she refuses, any hope of finding her long-lost and possibly dead brother will be lost while her uncle moves up his timeline to marry her off to a most dastardly man. While doing her uncle’s bidding, a blasted Englishman running around Scotland sets upon being her champion – not that Louissa has ever needed one. If he doesn’t get them both killed, and she might just kill the fool herself, she faces an even bigger danger – losing her heart.

Lord Clive Colcord, Earl of Breakerton, had escaped to Scotland in an attempt to avoid scrutiny by his late father’s solicitors. It had been a quiet, if not boring rustication until he finds himself tasked by the local magistrate with apprehending the highwayman menacing the North Road. He doesn’t expect to discover a beguiling dark-haired beauty with more dangerous men in her life than Clive has sisters. Yet he finds himself offering aid in an attempt to protect this damsel in distress. He must help Louissa find the proof of her uncle’s crimes and find her brother before she is forced into marriage all the while not losing his own heart in the process. 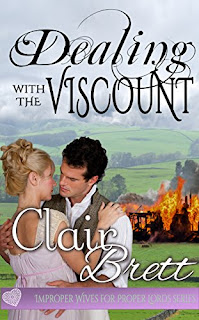 Dealing with the Viscount by Clair Brett

After making a wager of marriage to settle her father's gambling debts, Ella Bowen-Thorn Renwick escaped the husband she foolishly began to fall for and disappeared into the Scottish countryside carrying a secret. Four years later, and the owner of her own bakery, she is still not free of the demands of men when a violent and anonymous blackmailer threatens her, her livelihood...and her daughter. And then, there is him...

Viscount Renwick still mourns the wife he began to love before her untimely death--that is until he discovers her alive and well living in Scotland. Now, Devon's face to face with the wife he thought he'd buried and the daughter he never knew existed. He'd like nothing more than to welcome Ella back into his arms, but mysterious and troubling incidents and a history with an unloving father have Ella trusting no one.

But, if Renwick convinces his wife he's the husband she always dreamed of and the father their daughter deserves, will the scandalous secret the blackmailer is holding threaten their future together once more? 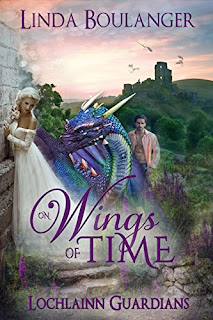 On Wings of Time by Linda Boulanger

Just because they weren't looking for love doesn’t mean it won’t find them, even if time itself has to bend to bring them together.

One man with a dragon’s soul.

A self-proclaimed bachelor for life, modern-day Luke Tavish has no idea he’s more than a mere man. One thing’s for certain, though… he’s not looking for love. He doesn't want a relationship, but he needs the fair maiden from the past... in more ways than he knows.

One woman with the key to unlock his powers.

Amileigh McCollum isn’t your typical Medieval Lady. She's always known there's something special about her. She just isn't sure what. The day she rides beyond her father's gates alongside a man who isn't her husband, she’ll learn that destiny is about to find her.

Forward to go back, time spirals out of control in an attempt to bring together a couple that is six hundred years apart. When Luke finds himself back in Ami’s world, he has to come to terms with his newfound identity and prepare for a battle he didn’t know he would have to fight, all while falling head-over-heels in love.

When the future calls him back, will he ask her to go? Would she say yes if he did?

Watch out, because Fate’s carefully woven web is about to be tested by human will, a kiss, and the flip of a coin.