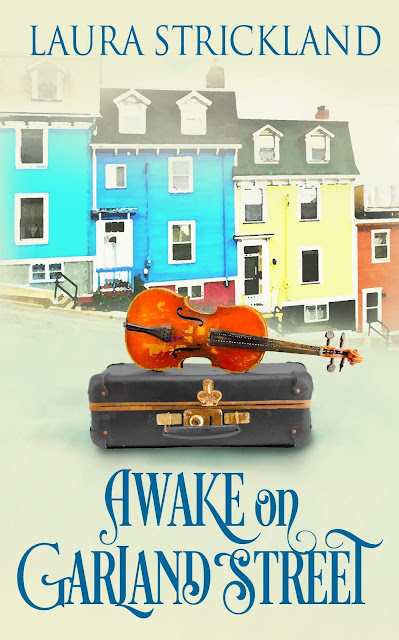 Brendan O’Rourke hasn’t had a decent night’s sleep since he arrived back at the family home in St. John’s, Newfoundland. The famed Celtic fiddler’s being haunted by the ghost of his great-grandfather, Charlie, who’s bent on keeping Brendan from ruining his life with the same selfish choice he made between music and the woman he loved.

Grace Dawe was finished with Brendan O’Rourke eight years ago when he chose music over their relationship. So why can’t she look at him now without going weak in the knees? And why, when he offers everything she’s ever wanted, is she considering his welfare above her own? Not until a beautiful old tune shows them the true meaning of love will they find a way to play their own song.

How unfair could life be? Grace Dawe bit the inside of her lip so hard it brought tears to her eyes. She’d been telling herself for days—ever since she learned Brendan O’Rourke had landed back in St. John’s—she could cope with seeing him. She’d resolved that she wouldn’t avoid her usual haunts on his account, wouldn’t change her habits. And now here she stood in Fitzgerald’s facing him and wishing she could fall through the floor.

He had no right to look so good—better in fact than he had when they parted in a storm of tears and bitter recriminations eight years ago, a break that had shredded her heart. She’d put that heart back together in the intervening years—or thought she had. Yet here she stood with it bleeding in her chest.
Because those intervening years had been kind to him, very kind. No longer the boy with whom she fell so wildly in love, he’d become the man she’d foreseen, his long, lanky legs clothed in a pair of faded jeans, shoulders encased in a worn leather jacket that looked soft as butter, his reddish-brown hair—full of wave—tumbling over his brow as it always had. The beard was new, but it became him. The lean cheeks, marked by long dimples when he smiled, remained the same, as did those hazel eyes, bright with intelligence and a spark of devilry, set under level brows.

Oh, heaven help her, she still wanted him. And she couldn’t let him see it. She absolutely could not let him see.

Born and raised in Western New York, award-winning author Laura Strickland has pursued lifelong interests in lore, legend, magic and music, all reflected in her writing. She's made pilgrimages to both Newfoundland and Scotland in the company of her daughter, but is usually happiest at home not far from Lake Ontario, with her husband and her "fur" child, a rescue dog. Awake on Garland Street is her sixteenth book with The Wild Rose press. 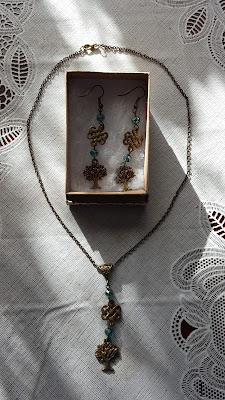 Brendan O'Rourke's Irish heritage and his family tree are both important to him, so to celebrate the release of his story, Laura Strickland is giving away a Celtic Tree of Life pendant and earring set, specially hand-crafted by Pam of Mum's Other Job!