RELEASE TOUR for LOVE AND THE SHAMELESS LADY by BARBARA MONAJEM 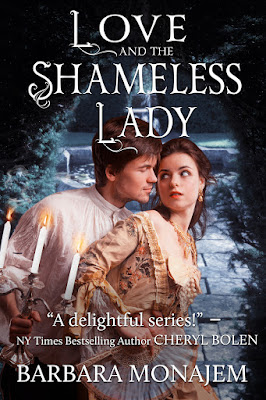 Disgraced lady, Daisy Warren serves ale in a tumbledown inn, sings crude songs for the smugglers, and writes romantic novels in her spare time. Shunned by her own class, she’s resigned to her lowly life—until someone tries to kill her.

Gentleman spy, Sir Julian Kerr noses out seditionists and traitors. When he visits the inn to investigate two suspicious Frenchmen, he meets the lovely but hostile Daisy. He doesn’t intend to get involved with her—but then he learns that someone is threatening her life.

He wants to find out more—it’s part of his investigation.

He wants to protect her—he’s a chivalrous man.

He just wants her.

But will Daisy’s bitter past allow her to risk love again? 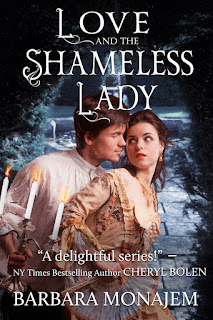 Book One: Book One: To Kiss A Rake 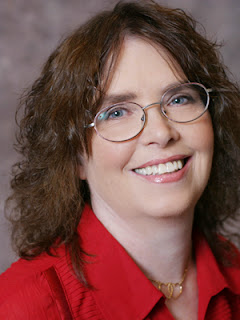 Winner of the Holt Medallion, Maggie, Daphne du Maurier, Reviewer’s Choice and Epic awards, Barbara Monajem wrote her first story at eight years old about apple tree gnomes. She published a middle-grade fantasy when her children were young. When they grew up, she turned to writing for grownups, first the Bayou Gavotte paranormal mysteries and then Regency romances with intrepid heroines and long-suffering heroes (or vice versa). Some of her Regencies have magic in them and some don’t (except for the magic of love, which is in every story she writes).

Barbara loves to cook, especially soups, and is an avid reader. There are only two items on her bucket list: to make asparagus pudding and succeed at knitting socks (or maybe tea cozies). She’ll manage the first but doubts she’ll ever accomplish the second. This is not a bid for immortality but merely the dismal truth (hence the tea cozies, which she hasn’t tried yet). She lives near Atlanta, Georgia with an ever-shifting population of relatives, friends, and feline strays.