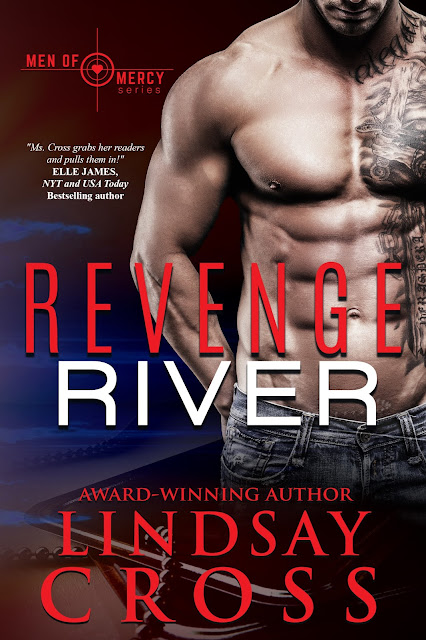 Merc:
His name is Merc.
He has no past.
No future.

Only a thirst for revenge against the traitor who betrayed his team and his country – Agent Jack Mankel.

When he’s handed a mission to rescue a sitting US senator’s daughter from the traitor’s clutches, Merc jumps at his chance for vengeance, never dreaming the girl he rescued could be his downfall…

Nightshade:
She walks in the night.
She is a shadow.
An operative so elite even the president doesn’t know of her existence.

Her whole life, she’s lived to serve, raised in the black-ops team her father, Jack Mankel, created. Then her whole world is turned upside down when she learns the sister she once thought dead is really alive; and to save her, Nightshade will have to take on the hardest mission of her life…

Merc knows he doesn’t deserve her. Nightshade knows she can’t have him. But a connection so powerful neither of them can resist draws them closer, even as a betrayal so deep threatens to destroy their very existence.

“So, what you're saying is, I cannot move freely about my own house? That my father lied and he really is going to keep me here?”

“If your father is as smart as I think he is, he will.” That was the only way their team could guarantee her protection and safety. No matter how heavily secured the estate remained, until J was brought down, Caroline Cotter’s life was at risk.

“So then why even bother rescuing me if you were just going to make me exchange one prison for another?”

Merc snorted. “I would hardly call this a prison.”

“And what would you know about prisons?” Without thinking, his feet carried him across the room, not stopping until his shins bumped into the couch cushion. “I know a lot more than you do, princess. Trust me, your father’s only doing what's necessary to keep you safe. The minute you step out the door, you could be targeted. He has snipers that could kill you from over a thousand yards away, and no matter how hard I try, I won't be able to predict that or stop the bullet.”

“I’ll be trapped here for the rest of my life, then? What kind of life is that?”

“The kind where you stay alive and breathing,” Merc countered.

Her nostrils flared, her knuckles turning white as she squeezed the couch. “I refuse to live my life ruled by fear.”

“I'm not asking you to live like this forever, just until we capture him.” Merc tried to reason with her. Surely she could see his logic, couldn’t she?

“And what if that's a year from now? Two years? Never?” Caroline lifted her chin and Merc’s admiration of her spirit rose. She had an unrelenting thread of strength running through every word. She argued with logic and passion, not tears and emotion.

And although it made no damn sense whatsoever, he found himself agreeing with her. There is no way in hell Merc would let anyone tell him where he could and could not go, or keep him locked up indoors for the rest of his life. Just the thought chafed him, so he could only imagine how it made Caroline feel, especially after being held captive.

“I’m sorry, but I can’t take the chance that he will get to you again.” He refused to allow her to be injured or captured again, not under his watch. “Besides, it won’t be that long. We’ll find him or he’ll come here to finish what he started.” Which meant cleaning up his tracks and the only guarantee for that would be killing Caroline. “He won’t stop. Believe me, I know from personal experience.”

She plucked at a small loose thread on the back of the leather couch. “How exactly do you know my – my father’s enemy? I thought he worked for Cotter.”

Merc’s lips twisted into a cruel snare of a smile, more of self-depreciation than anything else. “Once upon a time, I was young and stupid and I believed all the bullshit J fed me. He’d saved me when I wasn’t much older than a teenager. At the time, I thought it was because he was a good man, but later on, I found out it was because he’d seen me in action as a solider. He valued my skills and wanted to use me.”

“So before him, you worked for the CIA?”

Merc never told anyone about his lack of memory, not even his TF-S teammates, but there was something about the girl standing in front of him that made him want to tell her. “I don't remember anything before waking up in a hospital with J telling me he’d barely saved my life. He told me I was a foot soldier, but I never found my records. Who knows, I could've been black ops before then – a mercenary, an assassin – or I could have been some CIA recruit injured in battle, something I might not ever know.” Normally he’d feel that pang of self-loathing for letting J get away, but this time, looking into Caroline’s eyes, he had zero regrets for choosing her life over his past.

“What you're saying is basically your entire life has been some sort of training and work as a soldier. Haven't you ever been curious about the outside world? Didn't you want to know what it was like to have a normal life?” Her probing question caught him off guard.

“I wouldn't know how.” At her look of chagrin, he found himself frantically searching for an explanation. A normal person would probably want to do things like he'd seen on TV – go to the movies, go out to eat, come home, take out the trash, mow his one-acre lot in a suburb where everyone else’s house looked exactly the same. It was a life he'd never had and never wanted. “I know you can’t understand this, having grown up in a normal home, but I don't know how to be anything else other than a soldier.”

She blinked then looked away for a moment. “You think this is normal?” When she looked back, her face was tinged with dark shadows. “I've been locked in a bubble my entire life, hidden from everyone else, from the public, from being normal. I’ve never been allowed the freedom to do what I please. I’ve never even... kissed a man. How pathetic is that?”

Merc's heart lurched in his chest, and despite his better judgment, he went around the couch to stand directly in front of her. Her soft, perfect skin called out to him. He cupped her chin, tilting her head back. “You've been trapped as much as I have.”

As if his thumb had a mind of its own, he rubbed back and forth, tracing her cheek. When she leaned into his touch, warmth blossomed in his chest.

“I've always wondered what it would be like. Is it like on TV when the guy kisses the girl and she lifts her foot back?”

Her blunt honesty rocked him to his core. He didn't know. How could he? His soldier’s life hadn’t exactly been riddled with free time. As far back as he could remember, he'd never been with a woman.

What would it be like? For the first time he could remember, Merc wanted to know and he wanted to find out with Caroline.

He lowered his head to hover an inch above hers, captivated by her spicy sent. “Do you want to find out?”

Lindsay Cross is the award-winning author of the Men of Mercy series. She is the fun loving mom of two beautiful daughters and one precocious Great Dane. Lindsay is happily married to the man of her dreams – a soldier and veteran. During one of her husband’s deployments from home, writing became her escape and motivation.

An avid reader since childhood, reading and writing is in her blood. After years of reading, she discovered her true passion – writing. Her alpha military men are damaged, drop-dead gorgeous and determined to win the heart of the woman of their dreams.