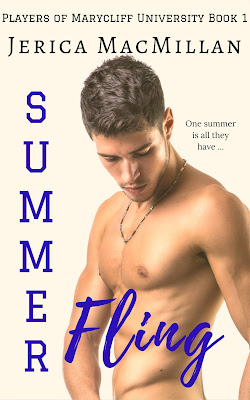 One summer is all they have ...

Abby nodded, and Lance moved in to kiss her again.  His tongue swept past her lips, sliding against hers, teasing and tasting.  His hands, like earlier, roamed down her back and gripped her ass once again.  He pulled her tightly against him, grinding their hips together.

Her hands were trapped between them.  She ran them over his chest, feeling the planes of his muscles, gripping the fabric of his t-shirt to pull herself closer.

One of Lance’s hands traveled up to her back, sliding under the hem of her tank top, teasing the skin just under the waistband of her shorts.  His fingers slid lower, sliding along the top of her ass, while his other hand kneaded her flesh through her clothes.

With a small sound of frustration in the back of his throat, Lance broke off the kiss.  He led her the few steps to his bed, sitting down on the edge and positioning her between his legs.

Abby wasn’t sure what he was doing.  She stopped caring when he raised her shirt and began kissing her stomach, his tongue teasing along the edge of her belly button.  Her hands went to his head, threading her fingers through his hair, enjoying the feeling of his mouth against her skin.  She felt his hands slide up the backs of her thighs.  He gripped her ass briefly before sliding around to the front.  He made short work of unbuttoning and unzipping her shorts, pulling back so he could look at her face and watch her reaction.

He didn’t immediately push her shorts off her hips like Abby had expected.  He left them hanging there, running his hands back around, caressing her waist and hips before finally sliding his hands under the fabric.

He groaned when he encountered bare skin.  “Abby, are you wearing underwear?”

She licked her lips and nodded.  “A thong.”  Her husky whisper matched his. 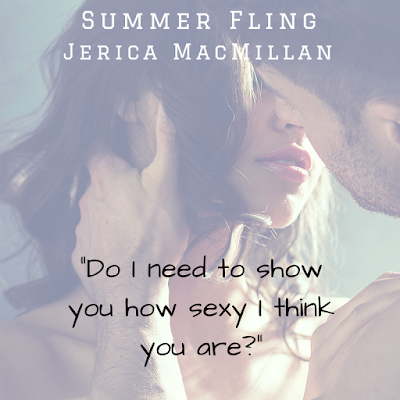