CHRISTMAS ON THE STRAND by Loretta Wheeler 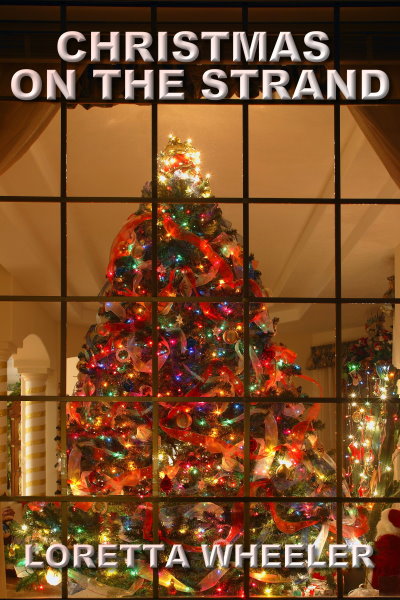 Winter on Galveston Island is a bevy of all types of weather imaginable. From gusty winds, Savanna Burke refers to as Male Gales, to a mixture of sleet, ice and once in a great while, snow. This winter, Savanna’s found the island winds are bringing change, for her, and for Terence Whittaker, Galveston Island’s well-known clairvoyant.

Come visit Galveston Island with Savanna during Christmas and find the wonder of Christmas on the Strand.

Christmas on the Strand is the prequel to a series of cozy stories titled Southern Breezes. All the stories are set on Galveston Island, sharing the lives of a group of people who visited the island when they were young and have returned to claim it as their permanent home.

Savanna was only half-listening to the couple in front of her and Roth. She was trying to find a polite way to excuse herself. She wanted to find Terence before the ladies dressed in red took the floor. She definitely didn’t want to dance with anyone but him when the song played.

An unnerving feeling washed across her and a slow tingle slid its way down her spine. She felt as though someone was watching her—intently. Turning around slowly, Savanna felt as though she was being pulled by a magnet, everything inside her quivering in response.

When she faced the opposite direction, she breathed out a soft laugh and her lips parted in the beginning of a smile.

Terence was walking toward her, smiling at her in return. His smile broadened and he did a little Samba move at her.

Savanna laughed, loving that he wanted to play, tease her. She stepped forward, her hips swaying, matching Terence’s moves.

Terence held out his hand as he reached her, capturing hers in his own. Slowly, he raised her hand to his lips, kissing the backside, then turning it over, he kissed the inside of her palm, his mouth lingering.

Savanna’s heart raced, and her breath caught in her throat. Terence drew her close, his body molding against hers, the Samba moves slowing. Whispering against the shell of her ear, his breath teased at her. “Savanna, I presume?”

She nodded. Her breath so tight she couldn’t speak.

“Then, may I have the next dance, when the pale white circling the floor gives way to the passion of red?”

Savanna leaned back and looked up at him. Where on the face of God’s earth had this man come from? What man spoke this way and looked like Gable? This only happened in the movies. And Gable, only happened once in a lifetime.

Terence lowered his arm to her waist, his fingers resting at the base of her spine, stroking her in a light up and down movement. He brushed his lips across hers and murmured in between the caress of his mouth. “Follow me...we’re going to the center of the ballroom to dance. We’re going to give the photographer his heart’s desire, something that’ll light up tomorrow morning’s papers.”

As Terence took her hand, he leaned around her, signaling behind her. Roth, Savanna thought. She’d forgotten all about Roth. She glanced back and saw a wide grin on Roth’s face and knew everything was fine.

She wasn’t allowed to linger as Terence guided her through the throng of people. Some spoke to him as they passed, quickly giving her the once over. She took a deep breath, knowing everyone was wondering who she was. And for the first time since she’d arrived on the island, she was aware of how many eyes were going to be on her.

The necklace tickled at her back, as she twined through the crowd, reminding her of how striking the dress was. Relieved, she hoped the dress would work the magic Terence and she were looking for.

They rounded the balcony staircase and Terence slowed, releasing her hand and slipping his arm around her, once again placing his hand against her bare back, his thumb caressing her. He smiled down at her. “White Christmas” is ending, so whatever they’re playing for those in red will begin soon.”

Couples waltzed past them, reminding Savanna of scenes from movies. It was the South, in full splendor, carrying forward the tradition of balls and galas. She closed her eyes and shook her head lightly. It was like a dream, something out of a postcard.

A tall blonde danced by in the arms of a handsome man. She smiled in their direction, blew Terence a kiss and waggled her fingers at Savanna.

“Oh...I thought he looked liked Roth. Roth told me about his brother.” She smiled up at Terence. “I feel like I’ve stepped into a movie, it’s all so perfect. Everyone knows each other and they’re all so gorgeous, it’s like they were cast for the parts they’re playing, especially Dusty.”

Terence laughed. “Funny you should say that, Dusty owns a decorating business, but she frequently performs in plays at The Grand. She’ll be delighted to know you think she looks like an actress.”

The orchestra’s strains lowered, signaling the end of “White Christmas” and the dancers slowed, winding down, drifting to the perimeter of the dance floor.

The emcee’s voice carried above the dulcet tones of the music as he announced the changing of the colors.

“Ladies and gentlemen...will those who wear the warmth of Christmas, please take the floor.”

Terence still had his arm around her waist and he smiled down at her as the music began. The harp led first, the sweeping sound of the strings like something from heaven as it called to the dancers.

“The Lady in Red” had never been played with such a haunting quality.

Terence stepped forward, his hand leaving Savanna’s back as he turned, facing her, leading her onto the floor. He kept just enough distance between them to allow everyone to see her, as he slid into a slower version of the Samba he’d danced with her earlier.

Savanna looked at this man, guiding her, enticing her, smiling at her as if only she was in the room. Her lips parted in delight once more as she watched the dance of seduction Terence was tempting her with, and suddenly, she decided to meet the challenge, give the man an answer.

Matching his rhythm, Savanna’s hips moved provocatively, and she felt the necklace at her back swaying with the movement. Terence’s eyes lit behind his mask and he drew her closer, one step at a time, their hips moving in sync until the distance between them closed. Completely.

Savanna could feel Terence’s hips against hers, his thighs so tight against her own, it was as though there was no fabric between them. And they danced, around and around, in their own version of a Samba, as they circled the floor. With a change in rhythm, Terence eased her from the Samba moves into a slow waltz, his hand finding its familiar place on her lower back.

And the cameras flashed. Again and again.

Other dancers slid past them, but Savanna barely noticed, there was only Terence and the feel of his hand on her back. And the flashes of light.

Terence placed his mouth against her ear once more, murmuring the words to the song, sending a new thrill down her back.

Savanna curled her arm around his neck, whispering a reply—“Always...”

Terence kissed her ear. “And the Lady in Red”—will be leaving with me?”

Savanna stroked his neck with her fingertips, and closed her eyes— 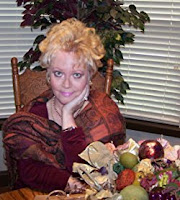 Loretta Wheeler lives in the south along with her Australian husband, their cat Lil’ Dickens, and their dog, Jack. Both pets are rescued fur-persons who are very much loved.

Most of Loretta’s writing is set in southern locales, whether in the thriller or romance genre. She says she writes of southern things because most of her stories speak to her in a southern accent. Something she recognizes easily since her own is so strong.

If you’d like to hear Loretta’s accent, you can find examples of her voice over work here: Voiceovers