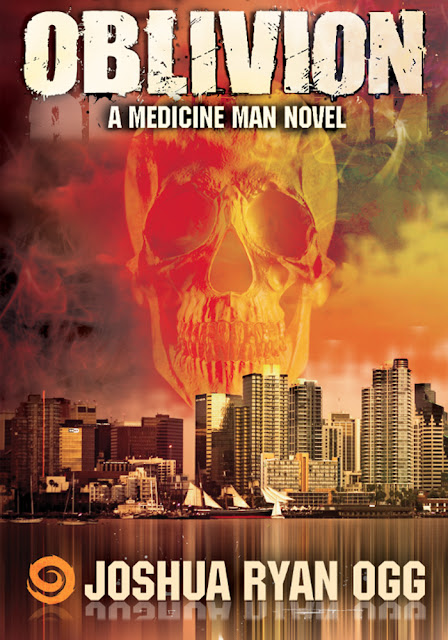 A maniac is murdering gang leaders in the desert outside San Diego, black magic is whispered in back alleys, and zombie tweekers roam the streets. The world stands on the brink of something sinister and occult but the only guy Donnie DeGrassi knows that can solve this supernatural puzzle is a recluse that hides out in his beach shack, talking to spirits and brewing hallucinogenic compounds. Some say he’s crazy, others claim he’s genius, but those that dose Kal Renley's chemicals just know him as the Medicine Man. Can Donnie get his old friend out of retirement before reality gets as ugly as the underworld?

He felt it nesting already in the slimy folds of his subconscious and somehow he’d failed at his own game. A snake expert taken out by venom.

Eden was horrified. She burst into tears and kept repeating “Oh god, I’m sorry, I’m so sorry…” as she backed away to the door.

Kal tried to raise a hand to stop her but he was shaky and weak.

“You have to shut it out,” Meklyn hissed. He was protective of Kal’s mind—that’s where he lived, after all—but this one had gotten the jump on them both.

“I’m sorry,” Eden stammered in horror and guilt before disappearing into the rain-soaked night.

“No wait,” Kal pleaded but the curse was sending him into shock. The effects of that sigil still writhed inside his head and, for a moment, he wasn’t sure if he was really this cosmic millennial medicine man that had spoken to gods, wrestled angels, and banished demons or if he was just a delusional addict with severe psychological issues.

Images of horror and shame raced through him and he thrashed violently. Something was on him, chasing him down the long halls of his mind. Something that got inside him with just a glance at that symbol.

Heather’s death, the clan violence, the shadow hunters on the astral plane, all the things that drove him into seclusion and out of the game, it all swarmed his mind at once. The cabinet he had been holding shut for months came bursting open to spill the slimy contents of his repressed subconscious into plain view.

He stumbled toward the kitchen and crashed through drawers and shelves in search of something to ward off the effects. He was looking for something specific. His own special tonic. His Joos.

But he knew better. He didn’t keep any in the house. Had a slight problem staying away from it when a supply was on hand. His own little vice. But now he needed it. Whatever curse had been embedded in that girl’s ink was currently kicking the shit out of him from the inside.

Kal managed to get to his feet, the world spinning and screaming around him, and stumbled out into the rain. Only one place in this neighborhood kept the Joos.

Kal stumbled, sick and puking, through the night, wavering on the edge of a mad abyss, looking and groping for help, for a fix of his own. For his own medicine. 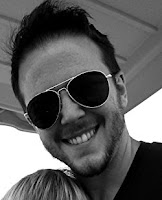 Joshua Ryan Ogg has worked in entertainment media and digital marketing for close to a decade. Oblivion is his first published novel. He can usually be found in Ohio or California with his wife and two children. Josh likes to connect with readers on social media and maintains a blog full of half-drunken ramblings and utter nonsense.