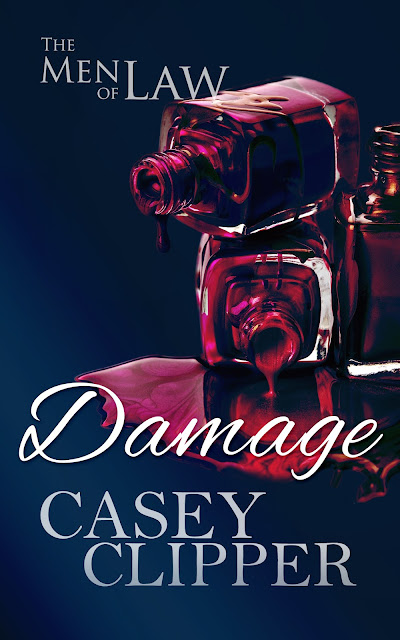 Detective Dean Rooney has seen his fair share of tragedy, including in his own life. His days and nights are haunted by the nightmare that forever changed his world. He has nothing but his job and his LEO buddies, and even they can’t comprehend the deep hole that eats away at his soul. But one case throws his daily survival into a tizzy. One case that drums up feelings he never expected to experience again. One case that he needs to solve quickly, before tragedy strikes again.

Josie Conley has no idea who tried to kill her. She has no enemies, is a successful business owner, and works hard to give herself a good life. While trying to deal with the reality that someone wants her dead, she doesn’t have time to fall in love with a handsome detective. But fate doesn’t take into consideration what a person wants.

Can Josie and Dean find peace with each other? Can Dean find the person who tried to kill Josie before they strike again? Or will a sinister plot damage destiny’s plot of a second chance at life?

“Stay with me,” he whispered, his voice cracking. A vivid memory threatened to invade him. He slammed the door shut. Now was not the time for that nightmare to present itself.

He glared up at the EMTs, who were taking far too long to work on the woman whose life hung by a thread. Her skin was losing its pink hue, her warmth leaving her hand.

“When are you getting her on the road?” he snapped.

A young man glanced up from the wide knife wound in the woman’s stomach he was trying to pack, to stop the loss of anymore blood. Another man’s eyes slid up from the blood pressure cuff he was using. “Her pressure is too low. We need to get her to the hospital.”

Dean hadn’t expected to come upon the victim when he’d been called away from his best friend’s wedding. His crisp white button down Oxford now soaked in her blood.

“Two minutes max,” the second man said, placing a stethoscope against her chest. “Her heart rate is slowing.”

The first EMT finished placing the packing gauze inside the wound, stood and tossed his bag to the driver, who rushed out to the vehicle. Another paramedic lowered the waiting gurney, ready to transfer her from the blood soaked floor.

Dean brushed the victim’s hair back, away from her face. The pain she must be suffering lanced him.

Suddenly the woman’s eyes flipped open, a choked gasp burbling up from her throat.

Dean leaned over so she would see only him. Jade eyes, lined with dark lashes, filled with fear gazed back at him.

“You’re going to be okay,” he said, unsure of the words. She was in dire shape. Too much blood for one person to lose painted the scene like a horror movie. Blood on the walls, the sofa, the coffee table, drenched into the beige carpet, and covering the victim said her attacker meant to kill her, not just maim. He needed to know who did this to her. Could she give him the name of the person from her death bed? He had to try. “Do you know who hurt you?”

Her lids blinked closed slowly. He was losing her.

“Get her to the hospital!” His own blood boiled with anger at the seemingly lack of urgency around him. Did they not understand the critical condition of the victim? A woman laid on the floor of her living room, dying in his grasp. He’d been first-hand witness to this before, except a few minutes too late. He did not want to go through this again.

Her eyes came open, the green rapidly fading. A slow hiss came from her dried lips.

A tear rolled out the side of her eye, her shaky hand lifting, touching his face. Her limb dropped to the floor, her eyes closing, giving into the pain.

Jason Campbell and his team are on a mission—to find the jewelry thief that has hit every store in their town. They have zero leads. Their cagey burglar uses equipment and uncanny skills to prevent the detectives from gaining ground in the case that has dragged on far too long. Jasonʼs endless hours working on this case are taking a toll. He has no life outside of his job. His nights are spent alone in a cold bed with dreams of a faceless bandit haunting him. Yes, their suspect is a woman bent on toying with law enforcement.

Hannah Lakely is doing whatever it takes to survive. After escaping from the men who her parents owe money, she vows never to be put in a vulnerable position to be injured again. Those men favor breaking bones, specifically hers. Hannah does what is necessary for a woman with no high school diploma, no college education, no skill set, and in need of a large sum of money immediately to pay off her parentsʼ loan. A world of crime is an empty life with no one to count on except for her only friend, who is also her conspirator. Sheʼs alone in the world, always looking over her shoulder for the mob or law enforcement, afraid of the day that either catches up with her.

Jasonʼs life of non-committed relationships is one that leaves him lonely at times, but he accepts that drawback after watching two of his LEO brothers go through hell in their marriages. Why does he need that hassle? Itʼs difficult enough to find a good woman, let alone one who can tolerate being in a relationship with a detective. A law enforcement career can test even the best of couples. But Jasonʼs world is turned upside down when he literally runs into a red-haired spitfire. Her fiery attitude amuses him. Smitten with the entrancing woman, he decides to pursue.

Hannah canʼt believe that sheʼs attracted the attention of law enforcement in a different manner than she ever expected. She knows she shouldnʼt entertain the officerʼs blatant attraction, but Jason wonʼt take no for an answer. When she relents, deciding to cave to the determined detective, she certainly never expects to connect to him on a physical and emotional level.

Jasonʼs personal life is settling into place. Hannahʼs world is crumbling around her as she finds herself falling for a man who could put her in jail for a very long time, if he finds out her secret. Jason admits he may be more than just entranced with this gorgeous woman. Hannahʼs desperate and attempts to walk away from the life sheʼs led, until the mob catches up to her. Again.